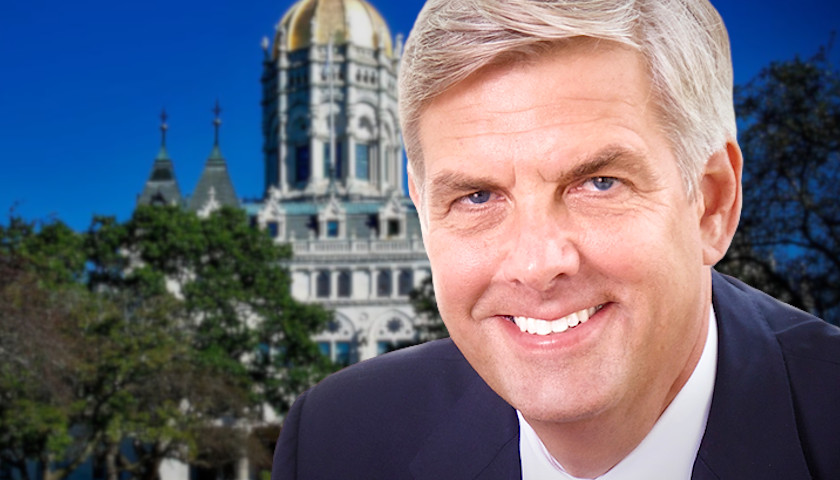 Connecticut Democrats are attempting to incite fear among their constituents that young teen girls are in danger of having to notify their parents if they seek an abortion if Republican gubernatorial candidate Bob Stefanowski wins against Governor Ned Lamont (D) in November.

Though Connecticut codified abortion rights into state law in 1990 and, earlier this month, expanded them by protecting the state’s abortionists and holding out Connecticut as an abortion haven for women from other states, Democrat State Chairwoman Nancy DiNardo and Lt. Gov. Susan Bysiewicz (D) framed Stefanowski and other state Republicans during a press conference Tuesday as threats to abortion rights over the Republican’s support for parental notification for young teen girls seeking an abortion.

“Gov Lamont doesn’t think that the parents of a 14-year-old girl who is going through a major critical decision like this have any right to know what she’s doing before she gets an abortion,” Stefanowski said, according to the Stamford Advocate.

“My position on this is mainstream,” he continued. “Governor Lamont is the extreme position on this topic. Thirty-seven other states have it. Most of the moms and dads I talk to would like to have it.”

With abortion as a central issue in the nation since the Supreme Court’s leaked draft opinion in a case that could return decisions about abortion to the states, DiNardo said “elections have consequences,” the Advocate reported, and touted that Democrats in Connecticut “are defending and expanding” abortion rights.

“It’s no longer sufficient for candidates to say they are supporting the existing law or that they believe the issue in Connecticut is settled,” she added. “We are one election away from chipping away at abortion rights here.”

Bysiewicz said Stefanowski “is following the Republican playbook to reverse Roe versus Wade.”

“You can’t trust Bob because he gave Donald Trump an ‘A’ for the job done governing our country,” she added. “He’s even urged our legislature to further restrict our Roe law.”

On Wednesday, Stefanowski asserted he does not plan to try to change existing abortion law in Connecticut if elected governor, but added, “The thing we should look at is parental notification.”

Connecticut does not currently mandate parental consent or parental notification, but requires that a girl under the age of 16 who is seeking an abortion “must receive counseling that includes discussing the possibility of consulting her parents, guardian, or other adult family members.”

“Bob has now made it clear that if elected he would put in restrictions on access to abortion care,” Jake Lewis, spokesman for Lamont’s campaign, said, reported the Advocate. “As Roe is on the precipice of being overturned, Governor Lamont is leading the nation on this issue by signing a first-of-its-kind bill last week that actually expands abortion care protections in our state.”

“When we start to talk about abortion restrictions, he’s playing into the anti-choice playbook,” she added. “There’s no reasonable restriction.”

According to CT Mirror, Peter Wolfgang, president of the pro-life Family Institute of Connecticut, said while Stefanowski clearly does not share many pro-life views, his support for adding a parental notification provision to state abortion law “has heartened pro-life voters.”

“We know that Bob is not 100% with us,” Wolfgang said. “We’ve always suspected it. And now we know it for sure. But what we also know is where he does have common ground with us.”

Both sides unimpressed by poll. Stefanowski on parental notification: "I would question why the governor doesn’t think that the parents of a 14-year-old girl don’t have the right to have a discussion with her. … My position on this is mainstream.’' https://t.co/nsMbTBKHpg

“When abortion comes up in Connecticut, Democrats snap to attention, and Republicans wet themselves,” the pro-life leader acknowledged. “And Bob is the first Republican in 20 years that I’ve seen to actually seize the initiative and flip the script with that statement.”

Connecticut held its first-ever March for Life on March 23, with several thousand residents gathered outside the state Capitol building in Hartford for a rally and peaceful demonstration that celebrated life from the moment of conception to natural death.