Commentary: Hybrid Schools Are Finding Each Other and Joining Forces 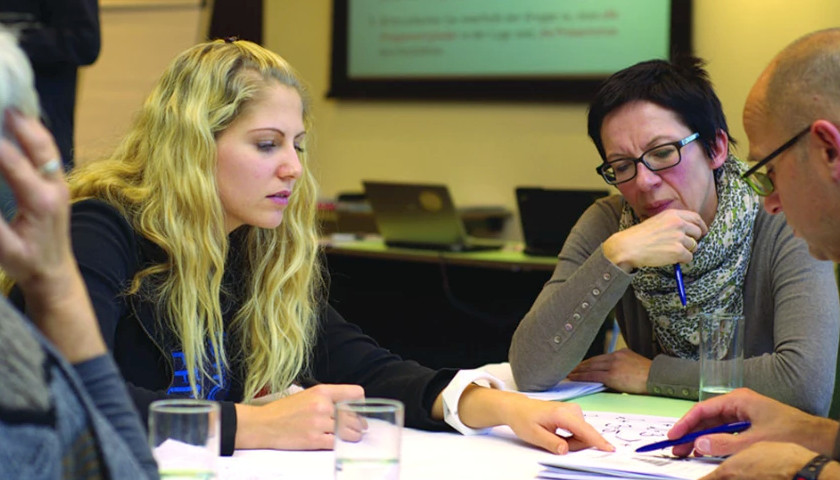 In May the National Hybrid Schools Project at Kennesaw State University hosted the first Hybrid Schools Conference on campus. 175 people from over 30 states traveled to Kennesaw to meet and talk about their experiences with schools which meet a few days per week, and ask their families to homeschool the rest of the week.

Most of these schools around the country are small, hyper-local entities. They are tiny startups; excellent examples of communities coming together to solve hyper-local problems. Some belong to one of the few larger networks, but most are simply doing their own work, and have had little chance to meet other people who have started similar schools. Many were unaware that others like them even existed. Convening as many of these hybrid school educators as possible was the major purpose of this conference.

One of the most powerful aspects of the hybrid school and microschool movement is that it’s one of the few places in education anymore where a group of people can come together, who have strong but very different opinions on what schooling should look like, and yet still get along with each other. Even if the curriculum is very different from one school to another, they are all looking at somewhat similar practical problems. But no one is trying to force anything on anyone else. In this environment, it’s still ok for every group to do their own thing. To live and let live. That is becoming more rare in America, and not just in the educational space.

Joshua Gibbs, a teacher at a (non-hybrid) school in Richmond, Virginia, writes about his own similar experiences visiting bars and tasting new (to him) craft beers.

What I find remarkable about such interactions is how little the patrons of a bar want to know about each other. The fellow who poured me a liberal draught of his expensive drink this afternoon did not ask about my political or religious convictions before doing so. He did not ask me what I thought of abortion, Donald Trump, statues of Robert E. Lee, taxes, or gay marriage, and neither did I ask him any of these questions. It was enough to encounter a fellow human being who loved the same things he loved…We enjoyed pleasant conversation for nearly half an hour without ever finding any matter to get huffy over…Having found a matter of common affection, neither of us sought out deeper matters. “You love this. I love this. Let’s talk about that, stranger.”

This was the goal and the result of the Hybrid Schools Conference – founders, leaders, parents, and advocates came together to talk with strangers about what they love about hybrid schooling and how they do it. People involved with hybrid schools – as founders, as leaders, as parents, and as advocates – can be intense. They tend to have very particular tastes; they love classical education, or project-based learning, or outdoor schooling. Taking on the challenge of both running a school and homeschooling children, and doing so in a society where that makes them look strange to most outsiders requires committed people.

These schools can take on many forms. They can be explicitly religious schools. They can be completely secular. Though most are private entities, there are a number of charter schools and even conventional public school systems using some version of a hybrid model. Because of the extremely wide variation in how they operate, any of these forms are still often confusing to state regulators, who are unable to put them in existing boxes. These schools are not quite groups of homeschoolers, but they are not quite typical schools either. But this is a strong argument why they should continue to befriend each other, even if their curricula and classroom methods don’t always line up (and even if other schools’ curricula and methods rub them the wrong way a bit). When legislators and other regulators try too hard to shove them into existing boxes or to regulate them out of existence, the Christian classical hybrid school, the project-based secular hybrid school, and the high-tech charter hybrid school should look to each other as allies.

Gibbs concludes his piece with a call for continuing the peace at the bar:

“We will find ways to disagree once we leave the bar, but let us be friends for now… I need an occasional respite from arguing. I want to love something, and I want to hear about what strangers love, and I want to agree with them.”

Our first national Hybrid School Conference did include many intense personalities! But it also included people who wanted to “hear about what strangers love,” and who wanted to agree with and to help each other. May it continue to be so with the hybrid school movement.

Eric Wearne is Associate Professor with the Education Economics Center, and Director of the National Hybrid Schools Project at Kennesaw State University. He is the author of Defining Hybrid Homeschools in America: Little Platoons (Lexington Books, 2020).