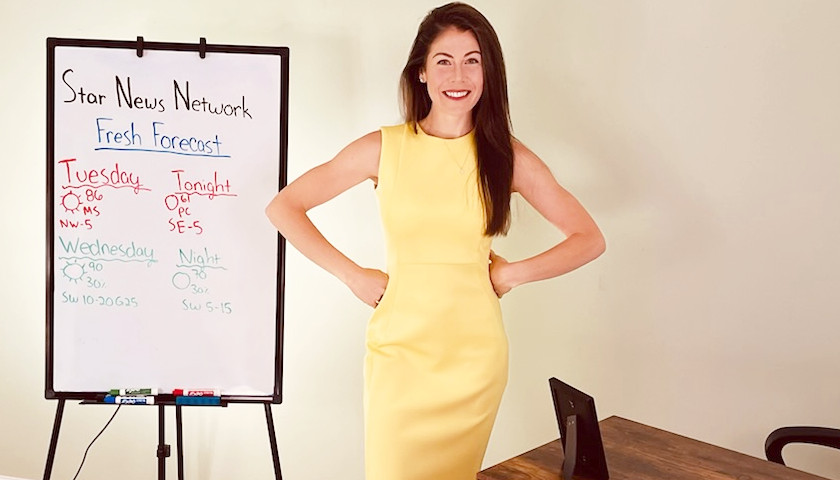 The Tennessee Star and The Star News Network launched a new feature for their viewers and listeners across Tennessee – a weather forecast.

Every weekday at 6:50 a.m. and 7:30 a.m., DeLoren will share her weather forecast for Middle Tennessee on The Tennessee Star Report with Michael Patrick Leahy, broadcast on Nashville’s Talk Radio 98.3 and 1510 WLAC.

Additionally, on Tuesdays and Thursdays, DeLoren will present Your Middle Tennessee Fresh Forecast, posted at 8:45 a.m. on The Star and The Star News Network‘s YouTube channel.

DeLoren, a veteran meteorologist formerly with WSMV, tells viewers, “I’m delighted to help you plan your day each morning over a cup of coffee, rain or shine!”

The weather forecast is the latest addition to the growing news outlet. During the past months, the chain of 11 state-based digital news sites has added expanded coverage for readers across the country.

Neil W. McCabe joined as the network’s national political editor in November. Since then, he has connected with several prominent officials and has provided key interviews and reports.

“For the last year and a half, Neil has served as our national political correspondent, and with this move, we have a critical piece of our strategy in place. As our eyes and ears in Washington, Neil has broken huge stories that have been amplified by Tucker Carlson, Sean Hannity, and Lou Dobbs, as well as CNN – now we want more,” The Star News Network’s CEO and Editor-in-Chief Michael Patrick Leahy said at the time.

In February, veteran journalist Susan Berry, PhD, joined the network as its national education editor. Since then, several groundbreaking reports have appeared under her byline, including coverage of the first-ever March for Life in Hartford, Connecticut, exposing educators promoting the Woke agenda and transgender issues.

Additionally, the organization has partnered with John Fredericks’ radio programming in Virginia, Pennsylvania, and Georgia.

Cooper Moran is a reporter for The Tennessee Star and The Star News Network. Email tips to [email protected]