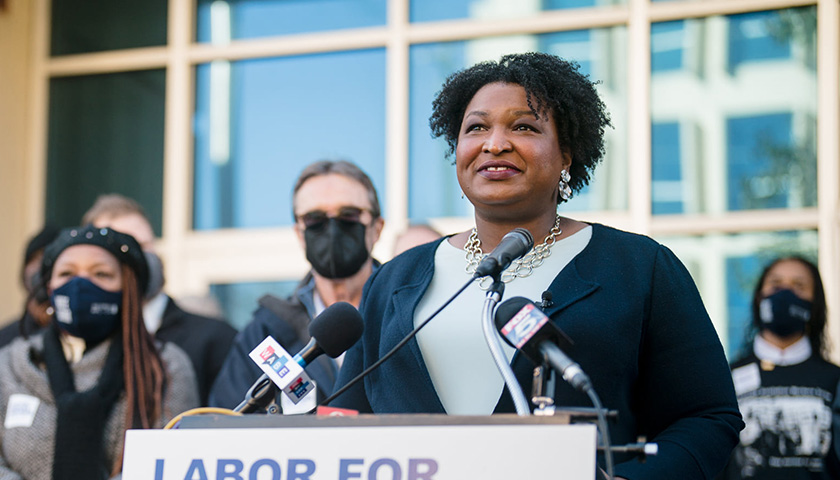 Public records indicate Georgia gubernatorial hopeful Stacey Abrams sponsored legislation when she was the Georgia House minority leader that was related to her private business interests.

The legislation Abrams sponsored in 2015 – with four other Republicans – addressed taxes paid on debt that was not collected by third parties.

At the time the legislation was under consideration, Abrams was senior vice president at a company called NOWaccount, according to an archive of the company’s website.

Abrams had started NOWaccount in 2010 with two business partners. The company charged fees to small businesses for accepting the task of collecting their outstanding receivables.

The legislation, which never moved forward and was ultimately deemed dead the following year, raises concern about Abrams’ possible use of her public role in office to boost her personal wealth.

The Abrams campaign did not respond to inquiries about whether Abrams would have benefited personally from this legislation she sponsored.

Abrams’ recent release of her current financial profile revealed a significant increase in her net wealth. Most media reports have attributed this increase to speaking fees and book deals. However, it was reported that NOWaccount secured $29 million in new investment in October 2021,  just before Abrams filed to run for Georgia governor.

Recent findings from an investigation by the Government Accountability Institute (GAI) reveal Abrams had an “integral” role in NOWaccount securing federal guaranteed funds via a state program implemented by the Georgia Department of Community Affairs (DCA).

The Atlanta Journal-Constitution previously reported on NOWaccount’s dealings with DCA and noted Abrams had a 16 percent stake in the company when it was in the process of doing business with the DCA in 2013 and 2014.

Abrams claimed, according to the AJC, that she had “no role in securing the state contracts, and that she scrupulously avoided conflicts of interest” while she was a state lawmaker.

However, GAI obtained documents that show Abrams’ name was used prominently during the application process for the state contracts and that NOWaccount had tried and failed to create similar setups in other states, where Abrams was not a lawmaker.

NOWaccount’s lending practices led to federal taxpayer dollars covering approximately $1.5 million in losses from unpaid loans and, eventually, the end of the NOWaccount relationship with the Georgia DCA.

Michael Patrick Leahy is the Editor-in-Chief and CEO of The Tennessee Star and The Star News Network. Follow him on https://gettr.com/user/MichaelPLeahy and Twitter.
Photo “Stacey Abrams” by Stacey Abrams.