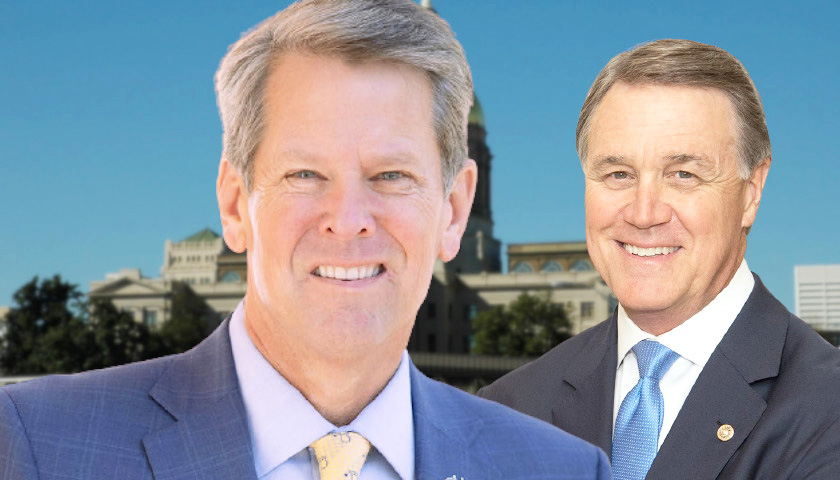 Gov. Brian P. Kemp is leading former senator David A. Perdue Jr. with 57 percent of support compared to 27 percent for his challenger, endorsed by former President Donald J. Trump, according to The Star News Network-Kaplan Strategies poll of 431 likely Georgia Republican primary voters, conducted May 7 through May 13.

“Kemp’s strength this close to the May 24 primary is stunning, and it is nearly certain he will win the Republican nomination,” said Doug Kaplan, the founder and president of the Florida-based firm that executed the poll. The poll carries a 4.7 percent margin of error.

“The Trump factor is muddled, but it is clear Kemp made his case to pro-life voters and supporters of gun rights,” he said.

Kaplan said that although Georgia is viewed as a test of the strength of Trump’s endorsement, there are always local and candidate factors. “Having said that, given the importance Trump himself placed on this race, it is fair to ask if this primary sets the limits of Trump’s ability to deliver votes for his picks.”

Jenni Sweat, a spokeswoman for the Perdue campaign, told The Star News Network the poll does not reflect what they are seeing on the ground, and they are prepped for keeping Kemp under 50 percent to force a runoff.

“Our Trump-endorsed campaign is experiencing a surge in early-voting MAGA voters that the public polls aren’t picking up. Trump voters who have not historically voted in primary elections are turning out to vote in an unprecedented way,” Sweat said.

“This race is a lot closer than the polls reflect, and Perdue’s position is strengthening with each day of early voting. We are headed to a runoff with Kemp that he cannot win,” she said.

The president endorsed Perdue Feb. 1, soon after the former senator entered the race at the urging of Trump.

“David Perdue is a great leader and a wonderful guy. He has my complete and total endorsement,” the president said in a video posted on Perdue’s YouTube channel. “Brian Kemp let us down. We can’t let it happen again.”

“Brian Kemp has to be defeated in the Republican primary and we have somebody who’s outstanding and will easily beat Lyin’ Stacey Abrams. She is a disaster for Georgia. She’s a disaster for our country,” he said.

“Among the voter groups, you see the split. While 77 percent of Perdue voters said they were more likely to support a Trump-endorsed candidate, it was the case for only 35 percent of Kemp supporters,” he said.

“We saw in 2016 and 2020 that polls of likely voters missed Trump’s turnout from unlikely voters, but, again, that is not enough to change the trends we see in this poll,” the pollster said.

The other candidates in the race were Catherine Davis at 1 percent and Kandiss Taylor at 3 percent, he said.

“The 12 percent of respondents who said they were uncertain is high this close to the primary, and those voters tend to break for the challengers—but, even if all of them went for Perdue, it still would not be close, because he still has to convert Kemp voters,” he said.

Neil W. McCabe is the national political editor of The Star News Network based in Washington. He is an Army Reserve public affairs NCO and an Iraq War veteran. Send him news tips: [email protected] Follow him on Twitter, TruthSocial & GETTR: @ReporterMcCabe.

Editor’s note: This report has been updated to include remarks from the Perdue campaign.