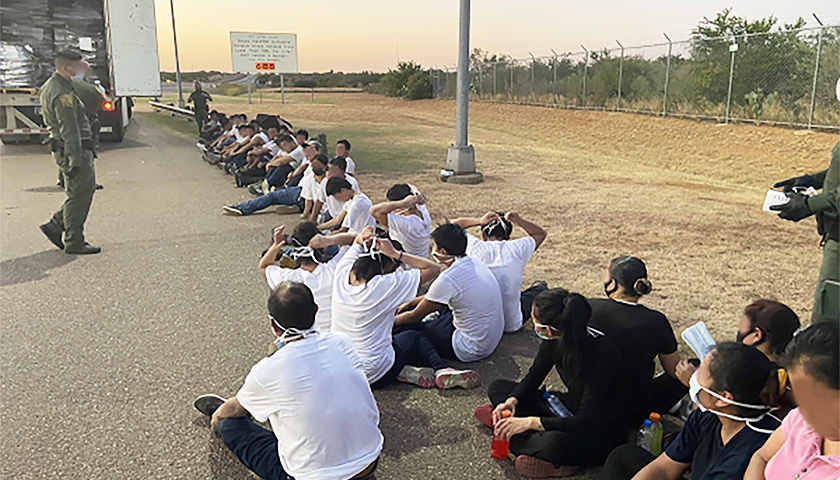 “The ads deliver a clear message: smugglers are lying to you, the fact is that entering the United States illegally is a crime,” CBP said. “The ads highlight that smugglers, known as ‘coyotes,’ who take advantage of and profit from vulnerable migrants.”

“Smugglers use lies to lure the vulnerable into a dangerous journey that often ends in removal or death,” said CBP Commissioner Chris Magnus in a press release. “This digital ad campaign is an important component of U.S. government efforts to prevent tragedies and curtail irregular migration.”

The initial ad buy will last for two months and targets Northern Triangle countries like Honduras and Guatemala.

“The message warns that those attempting to cross the U.S. border without authorization will be immediately removed from the country or placed into immigration removal proceedings,” according to the release. “Users are also reminded of the thousands who are jailed, kidnapped, extorted, or even left to die by unscrupulous transnational criminal organizations.”

The ad campaign is part of a larger effort to attempt to dissuade would-be migrants from hiring cartels to smuggle them across the border.

“DHS coordinates closely with the Department of State to track trends, share research, and coordinate messaging to counter tactics that smugglers use to victimize vulnerable migrants,” said the press release. “The Department has deployed paid advertising on radio and digital platforms, and held press conferences and media interviews in source and transit countries.”

Many cases of grave atrocities committed by “Coyotes” have been documented in recent years.

At the end of 2021, The New York Post reported that Cartels were murdering the migrant smuggling clients of rival gangs as part of the never-ending turf wars between those cartels.

Cases of smugglers raping their female clients have long been reported, and the practice is considered commonplace.