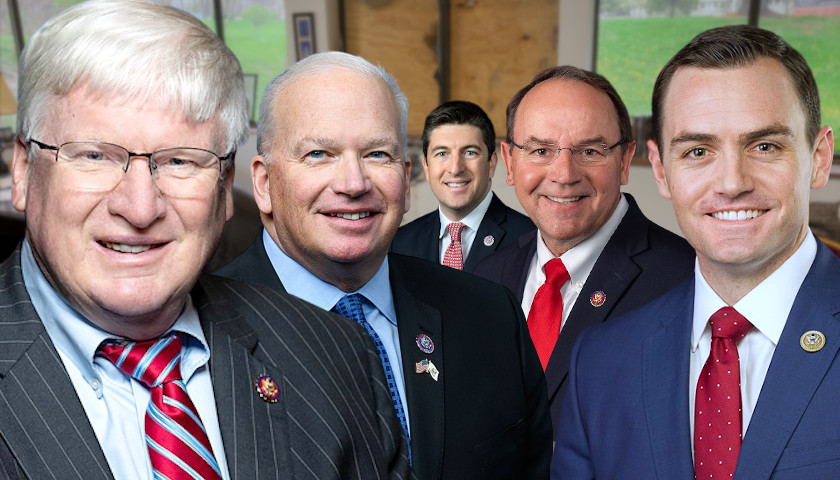 The calls for a federal investigation into a firebombing at the pro-life office in Madison are growing.

Wisconsin’s Republican congressmen Tom Tiffany, Scott Fitzgerald, Glenn Grothman, Bryan Steil, and Mike Gallagher all signed a letter to Attorney General Merrick Garland this week, asking the Department of Justice to get involved in the case.

“In response to the unprecedented leak of the majority opinion in Dobbs v Jackson, abortion supporters across the country have engaged in animated and even violent activity, including harassing Supreme Court Justices at their homes,” the letter states. “On May 8, 2022, two Molotov cocktails were thrown at and into the Wisconsin Family Action office in Madison, and a message was spray-painted on the exterior of the building, stating ‘if abortions aren’t safe then you aren’t either’.”

Madison Police are leading the investigation into the firebombing. They are working with what they’re calling some “federal partners.” But Madison’s investigators say they are not treating the attack as a act of terrorism.

“Biden’s Department of Justice should be focusing on an investigation into this latest heinous act, but instead, they are too busy labeling concerned moms and dads attending local school board meetings as ‘domestic terrorists,’” Tiffany said. “Wisconsin Family Action deserves answers, and I stand with pro-life Americans in demanding them.”

“The arson of Wisconsin Family Values’ office in Madison must be investigated thoroughly and Attorney General Garland must put partisanship aside to put a stop to these pro-abortion extremists, who have already promised more violence if their demands are not met,” Congressman Fitzgerald added.

A group called Jane’s Revenge took credit for the attack earlier this week. A message online said the attack last weekend was only a “warning,” and promised more attacks if anti-abortion offices were not closed within the next 30 days.

“And we will not stop, we will not back down, nor will we hesitate to strike until the inalienable right to manage our own health is returned to us,” the group wrote. “We are not one group, but many. We are in your city. We are in every city.”

“Alarmingly, radical Left-wing extremists have shown us time and time again, first during the summer of 2020 when they burned American businesses to the ground and now with the arson of the Wisconsin Family Action in Madison, that they will resort to violence and destruction when they do not get their way,” Tiffany said.