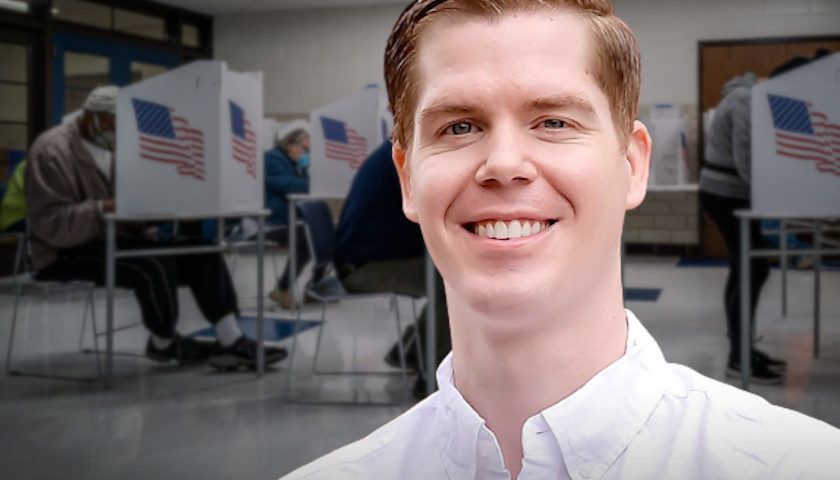 Jake Evans, the Trump-endorsed candidate in the Republican primary for Georgia’s 6th Congressional District, spoke with The Georgia Star News about election integrity.

“I firmly believe that without secure elections, we have no country. This is an issue that I have been fighting for since 2018,” said Evans.

“I took on two election contest cases. I’m actually the only lawyer in Georgia history to overturn two elections in the same race,” he continued. “At that point, election integrity was not even talked about. It was not a mainstream issue, but I knew how important it was.”

“I knew that if we did not hold these local election boards accountable, the Secretary of State, and the liberal activist groups – we’re in a very dangerous position, because if voters do not have confidence in our elections then they don’t vote. We lose our democratic republic,” added Evans.

Evans wants to keep secure and fair elections a constant issue, not just one that is brought up from time to time. “We’ve got to continue election reform. Election integrity is something we need to fight for every single year,” he said.

The Star News asked Evans why certain Republicans seem to shy away from the issue.

“A lot of it in large part is folks folding to the media,” he said. “Let’s face the facts, Democrats used COVID as a pretext to erode our electoral protections.”

Evans spoke about the problem of ballot harvesting.

“Ballot harvesting was a thing. There were people paid to bring in absentee ballots, send them in, and get paid. That happened,” he said. “I think that happened in a widespread way. What happens is Democrats win and then once they win, the media pours on anyone who says the election wasn’t properly done, and they suppress conservative voices.”

“There were too many Republicans that folded, and we’ve got to have strong Republicans that have a spine, that aren’t going to be weak-kneed, and fight even when the media is coming at you,” added the Trump-endorsed candidate.

“If we’re not standing up and fighting, we’ll lose our country,” he said.