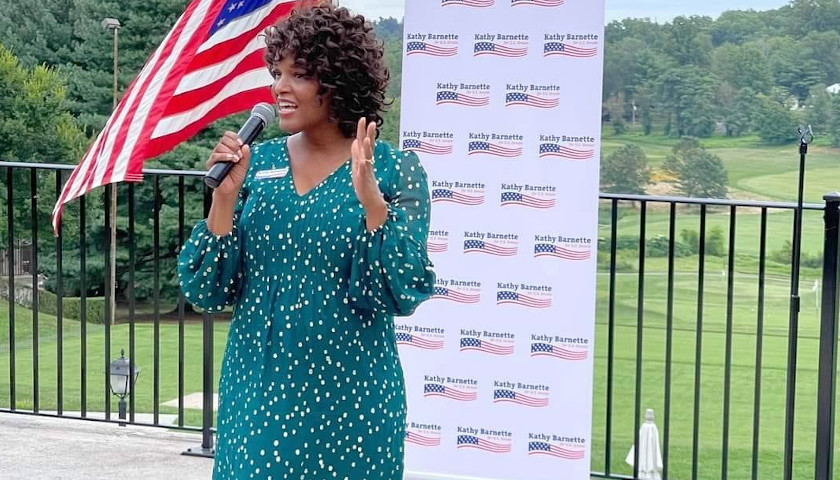 Wikipedia, the online encyclopedia, this week removed its entry for Kathy Barnette, a U.S. Senate candidate from Pennsylvania, on the basis that she hasn’t established sufficient “notability.”

A Fox News contributor, Barnette has over 140,500 Twitter followers as of Wednesday evening — a number that grew by about 2,000 throughout the day. She has over 40,000 Facebook followers and over 1,410 YouTube subscribers, numbers that are also both growing rapidly. She has been surging in the polls, coming within two percentage points of celebrity doctor and front runner Mehmet Oz in this week’s Trafalgar Group and Fox 29 surveys.

Barnette has also picked up the support of the Club for Growth, a national free-market nonprofit, as well as that of the pro-life Susan B. Anthony List and CatholicVote. On Wednesday, The New York Times and CNN both featured her.

Nevertheless, at press time Wednesday, the insurgent candidate’s Wikipedia article was still down, purportedly because her page references “do not establish notability beyond routine campaign coverage” and that she had “not received an unusual amount of national-level coverage.”

A search for “Kathy Barnette” on Wikipedia now simply brings the viewer to a page titled “2022 United States Senate election in Pennsylvania” generally discussing that race. On that page she is pictured alongside three other high-polling candidates: Oz, former Bridgewater Associates Chief Executive Officer David McCormick and former Denmark Ambassador Carla Sands. All three have Wikipedia pages of their own that have remained online.

According to a report this week in The Epoch Times, Barnette’s page has been deleted and restored at least twice in the past.

“When they cancel me, they’re cancelling you,” she wrote. “Wikipedia just pulled my page down with a week left to go in the election. No one said this would be easy. They don’t like giving up power. They forget that the true power is with the people, though.”

The press office at the Wikimedia Foundation, Wikipedia’s parent organization, did not reply to an email seeking comment as to why the candidate’s entry was deleted despite the traction her campaign has recently received and whether the site plans to restore her page again.

Whatever intentions Wikipedia may have had concerning its actions so far, Barnette has gotten much web traffic as a result of it: At this writing, her tweet on the matter has garnered 7,127 retweets and 18,500 likes.

An Army veteran from Montgomery County, she has been running on a platform emphasizing free-market health care, border security, school choice, domestic energy production, tax reform and protection of the unborn. If elected, she would be the first black senator from the Keystone State.

Other Republicans seeking the nomination for Senate from Pennsylvania next Tuesday include real-estate developer Jeff Bartos, attorney George Bochetto, and attorney Sean Gale. The Republican nominee for the seat from which Pat Toomey is retiring will face either Lt. Gov. John Fetterman (D) or U.S. Rep. Conor Lamb (D) in the fall.