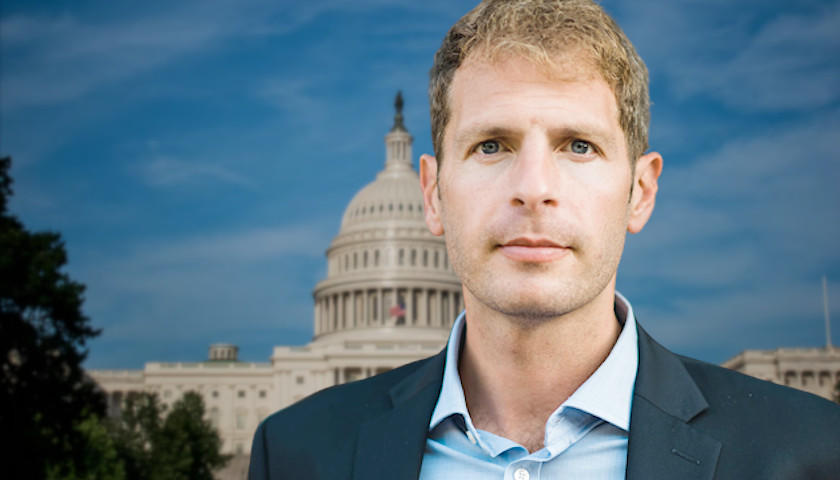 When Jason Killmeyer announced in late winter that he would run for Pennsylvania’s 17th Congressional District seat, which is currently held by Democrat Conor Lamb, he said he knew he couldn’t run a “paint-by-numbers” campaign.

That is, as a political newcomer, he couldn’t count on getting politicians’ and party organizations’ support across Beaver and Allegheny counties to build a reputation as an early favorite. Though he knows he will be outspent in the Republican primary race that will conclude on May 17, the counterterrorism analyst and nonprofit executive is dauntlessly pursuing an intensive ground campaign involving lots of door-knocking and other grassroots activity.

“Instead of sitting down and trying to get endorsements from existing politicians, I’ve spent that time talking to groups of seven or eight people at volunteer fire departments, doing ride-alongs with police departments where I can, literally talking to people in bars, trying to run a different kind of campaign,” he told The Pennsylvania Daily Star.

The Allegheny County native graduated in 2000 from Mt. Lebanon High School, completed undergraduate studies at Pennsylvania State University, and moved to Washington, D.C., to earn a master’s degree in Middle Eastern studies at American University (AU). Supporting himself by working as a security guard while attending AU, he began building a career as a counterterrorism analyst with a focus on keeping foreign terrorists from entering American soil.

Killmeyer would eventually branch out into other areas of foreign affairs, working to help U.S. agencies untie their supply chains from China starting around 2015. At roughly the same time, Donald Trump launched his first presidential campaign while focusing on the same issue, a confluence Killmeyer notes in embracing the former president’s record of populist conservatism.

Killmeyer describes his own policy views in similar terms, hewing to what he calls “dive bar Republicanism” rather than the “country club Republicanism” he says characterizes primary opponent and former Ross Township Commissioners President Jeremy Shaffer.

Distinctions Killmeyer draws between himself and his opponent include immigration and international commerce. The latter favors admitting temporary migrant laborers through a guest-worker program whereas the former doesn’t; Killmeyer points to Shaffer publicly discussing professional work with China as an infrastructure-software specialist. Killmeyer also has criticized Shaffer on abortion, insisting that the federal government should pursue anti-abortion legislation if Roe v. Wade is overturned while Shaffer has favored state control of the issue.

Killmeyer spends less energy concerning himself with his other primary opponent, entrepreneur Kathy Kozak Coder. While she has campaigned as a “pro-life” conservative, statements she has made during her campaign suggest to Killmeyer that she does not favor government action to ban abortion. He doubts a Republican who doesn’t explicitly back broad restrictions on the practice can fare well in a primary.

When it comes to his own issue focus, Killmeyer stresses his desire to end any pandemic-related federal health mandates that President Joe Biden manages to keep in place, to pass legislation to spur the return of manufacturing and other heavily outsourced jobs to the United States, and to cut spending, particularly by reforming entitlements.

“We will not see inflation decrease if we do not limit government spending,” he said.

And while he does not boast many endorsements – he decided early on not to seek them from party officials – his conservative credentials are strong, having penned many opinion pieces for townhall.com and having worked with the journalism venture Project Veritas. His overarching message is that America needs a change of leadership to prevent a governance crisis which he believes gets more likely as the Democrats who control Congress and the White House pursue legislation like House Resolution 1. The bill would force automatic voter registration, no-excuse absentee voting, and various other leftist electoral and campaign-finance reforms on all states, running well afoul of the Constitution in Killmeyer’s estimation.

“It is a federal takeover of state control over elections that is essentially a change to the terms of our union,” he said. “That should be immediately disqualifying.”

The Republican nominee to seek the 17th Congressional District will face either Christopher Deluzio or Sean Meloy in the fall. (Lamb is now seeking the U.S. Senate seat from which Republican Pat Toomey is retiring.) Killmeyer says neither of the progressive stalwarts — both of whom support H.R. 1 — cause him any trepidation, even as the eventual victor is likely to run to the center after getting nominated.

“If I win the primary, I’m going to run either of them over,” the Republican said. “They’re smart, but there’s not going to be anywhere for them to hide.”