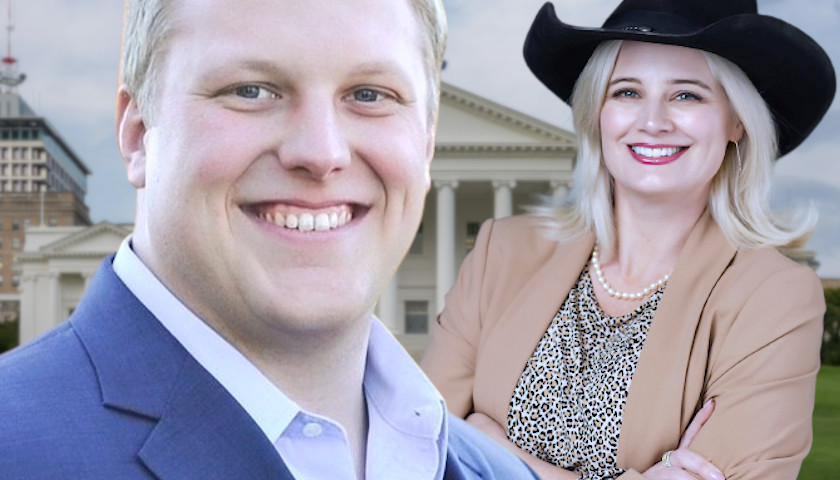 Freshman Delegate Marie March (R-Floyd) was ranked by both conservative and progressive advocates as one of the most conservative legislators in 2022, but freshman Delegate Wren Williams (R-Patrick) recently called March a “pro-choice liberal” and is highlighting a 2019 Facebook post March wrote about abortion. Both candidates are fighting for the GOP nomination for House of Delegates District 47, with elections scheduled for 2023.

“When the SCOTUS ruling is passed down, the balance of Life will be in the General Assembly,” Williams said in a May 6 press release a few days after reports that the U.S. Supreme Court is on the verge of reversing Roe v. Wade.

“We can’t trust Pro-Choice Squishes like March,” he added.

Williams’ campaign sent a screenshot of the lengthy post to The Virginia Star. In statements, March’s campaign hasn’t confirmed or denied that March wrote the post.

“I’m all about giving people a chance,” March wrote according to the screenshot.

“Shouldn’t we err on the side of giving everyone a chance, including the unborn? Each individual makes their own decisions in this world, good or bad, right or wrong, and based on many life experiences,” the post continues.

A few lines later, the post states, “Our choices are personal and unique. So WHY is Government even involved????? How bout let’s get Big Government out of our lives — they should neither financially support nor make it illegal — Government should be unbiased and NEUTRAL and NOT INVOLVED.”

“Everyone loves babies and would never want to terminate their pregnancy. However, many of my friends don’t want Big brother deciding what they can do with their bodies and I GET IT! Many of my Male friends are pissed because women run around making decisions and deciding to terminate a pregnancy,” the post adds.

“So America…Why in the hell are we letting partisan politics divide us against each other,” the post continues.

“His post is merely a career lawyer’s attempt to derail a pro-life bill I just announced yesterday that will protect life at conception. Wren Williams has not had the courage to lead with such a bill and, just like liberals in D.C., who likely leaked the draft language of the verdict repealing Roe v. Wade to harm its repeal. Mr. Williams is using the lives of unborn babies as political fodder to derail my attempts to lead pro-life legislation.”

Williams followed up with an additional release criticizing March for not explaining her comments.

In a statement to The Star, Williams again highlighted March’s 2019 comments while listing his own pro-life record, including his introduction of an infant-born-alive bill in the recent session.

“You can trust that I will always speak, stand, and fight for life, because I always have,” Williams said in the statement.

In a statement sent to The Star, March did not respond to questions asking if Williams’ quotes from her post were accurate or if she had changed her policy stance since 2019, but echoed her earlier Facebook response to Williams.

She said, “He has proven to be the deceitful politician many have already feared he was and should drop out of the race immediately for this political stunt and his lies. Meanwhile, I am 100 percent pro-life and will continue to lead the efforts to push forward and pass my legislation to protect life at conception across Virginia – with or without the support of RINOs like Wren Williams.”

“His negative smear is an attempt to drag me down with him into the Swamp where he is comfortable. My constituents won’t fall for it and I will continue to spend my efforts working for positive, meaningful accomplishments for our district and for all Virginians – beginning with protecting life at conception and repealing unconstitutional red flag gun grabbing laws,” she concluded.

In 2021, both delegates were elected as part of a wave of Republican wins that gave the GOP a majority in the House. However, with 2020 U.S. Census delays, the elections were held on old district lines. In redistricting completed in December, after the election but before the swearing-in, March and Williams were paired in the new House District 47, a district outside Roanoke that strongly favors Republicans.

With House elections scheduled for 2023 and a legal challenge in courts that could force surprise House elections this year, pressure is on for the two candidates to prove themselves to GOP voters.

Virginia Society for Human Life President Olivia Gans Turner said that voters will have to look to other issues to differentiate the candidates.

“They’re both pro-life,” Turner told The Star. “They both voted for pro-life bills that went through the General Assembly this year.”

“There are other issues, but on pro-life issues in Virginia, VSHL has been very pleased that both of them as new delegates … vote for different bills. Both of them voted for the Born-Alive Abortion Survivors Protection Act in the House and the Women’s Right to Know bill that came forward in the House. Both bills were defeated, but those are the two opportunities they had,” Turner said.