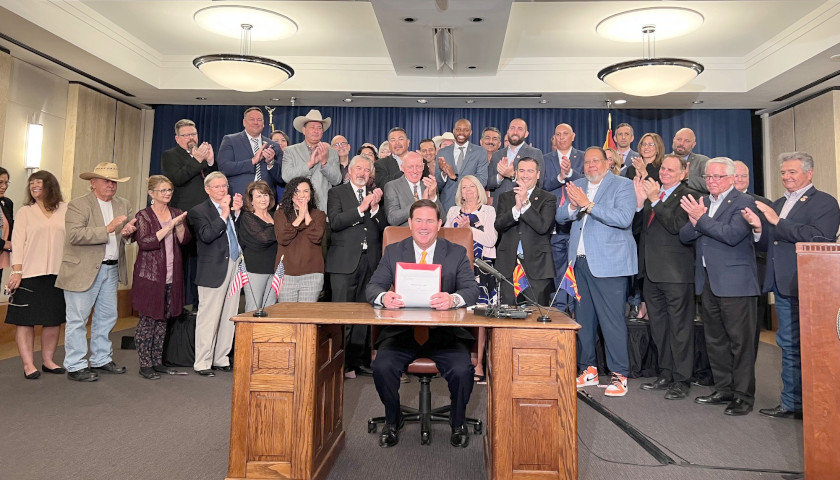 In a long-fought win for local officials, Arizona will soon widen a portion of Interstate 10.

The state is investing $400 million to widen the road due to the passage of Senate Bill 1239. Arizona Governor Doug Ducey signed the bill into law on Wednesday.

“In the State of the State, we promised that we would invest more dollars to get the I-10 completion leap-frogged to the front of the priority list. Today, we’re delivering on that promise,” Ducey said on Wednesday. “This legislation ensures that everyone in Arizona can get to their destination safely and quickly, even as our state continues to grow. We’re not going to have the endless traffic jams you see in cities like Los Angeles, where men and women are stuck in their cars for hours every day.”

The bill addresses what’s known as the Wild Horse Pass Corridor. It’s a segment between Chandler and Casa Grande that only has two lanes of traffic; the route connects Phoenix and Tucson, the two largest cities in the state.

This bill widens the 26-mile segment on I-10 from two lanes to three.

“I-10 between Phoenix and Tucson is a major artery for our state’s residents and commerce,” he said. “Many Casa Grande and Coolidge residents use I-10 to commute to Phoenix for work. This expansion alleviates the pressure on our commuters and our businesses. I was elated when Governor Ducey committed in January to prioritizing this project and I’m glad he’s delivering on that promise.”

Additionally, the bill will extend High Occupancy Vehicle lanes and replace the Gila River Bridge, among other infrastructure upgrades.

The total cost of the infrastructure upgrades will cost just under $1 billion. Of that, about $700 million will come from state funding.

Tom Joyce is a contributor to The Center Square.
Photo “Doug Ducey” by Doug Ducey.