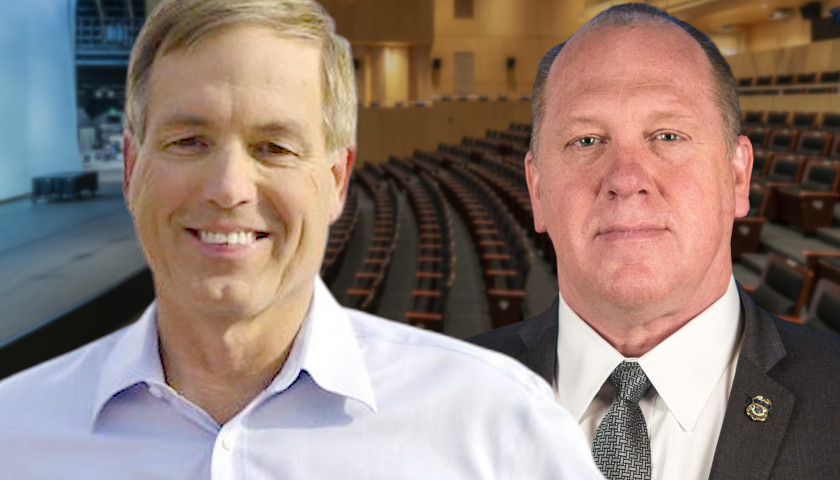 Jim Lamon, who is running to represent Arizona in the U.S. Senate, will host a town hall discussion with former acting Director of Immigration and Customs Enforcement (ICE) Tom Homan.

The event, which will take place on Friday, will focus the discussion on how to “preserve America,” according to a release from the Lamon campaign.

Homan has remained a staunch opponent of the Biden administration’s handling of immigration. As historic levels of migrants have entered the country in the last 2 years, Biden is attempting to lift Title 42, which helped limit migration during the coronavirus pandemic.

According to the former border official, the administration should fully reinstate the “Remain in Mexico” policy.

“And even with Title 42 in place, we are on a scale right now to beat last year’s numbers by half a million with Title 42 in place. What the secretary needs to be told by members of Congress, OK, maybe you don’t control the C.D.C. and Title 42, but do control the “Remain in Mexico” program, which a federal judge has ordered you to re-implement. You are slow-rolling it; 5% remain in Mexico the way the Trump administration did it. If he really cared about the surge at the border, really wanted to address when Title 42 gets lifted and 18,000 a day, then put the ‘Remain in Mexico’ program back in the way the court ordered you to do it. And if he doesn’t, he ought to be held in contempt of court,” he told Fox News.

Homan has endorsed Lamon in the race for U.S. Senate.

Recent polling has shown Lamon in the lead in the crowded GOP field. According to a Trafalgar Group survey, he collected 24.8 percent of the support, followed closely by Arizona Attorney General Mark Brnovich and businessman Blake Masters.

Cooper Moran is a reporter for The Arizona Sun Times and The Star News Network. Email tips to [email protected]
Photo “Jim Lamon” by Jim Lamon.