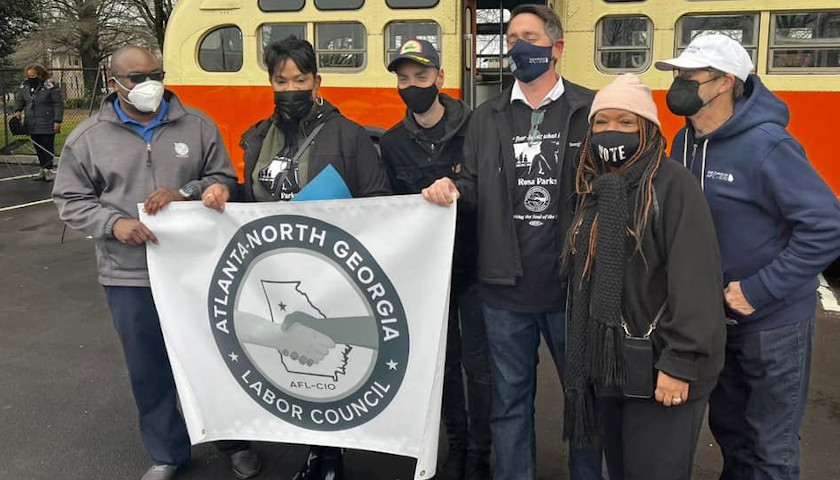 Several Georgia-based labor groups, which are traditionally Democrat in both endorsements and membership, have sent letters to the Biden administration urging them to change course on policies that have resulted in rising inflation and higher gas prices.

The Atlanta North Georgia Labor Council, Coalition of Black Trade Unionists – Atlanta Chamber, and UFCW-Retail Wholesale and Department Store Unions have all sent letters to the Biden administration expressing their displeasure with current energy policies, expressing the plight of their membership in relation to inflation and fuel prices, and demanding a change of course.

“The current rise in energy prices and inflation has caused a strain on the wallets of our members,” ANGLC executive director Sandra Williams, who signed the letter on behalf of her membership said.

“As gas prices in Georgia hover around $4 per gallon, our membership would like to see an ‘all-in’ approach,” she continued.

“I cannot see why our energy policy is not to have more domestic wind, solar, oil, and gas. Relying on countries like Russia, Venezuela, and Saudi Arabia and their leadership regimes is shortsighted especially when we have alternative options here at home,” she concluded.

“We have alternative options and we must exercise them,” he concluded.

Edgar Fields, president of RWDSU Southeast Council, wrote to senior members of the Biden administration, “Georgia gas prices are at a record high and our workers are faced with economic uncertainty. We cannot continue relying on countries like Russia and their leadership to make decisions that are favorable to the American public.”

“It is important to keep union members working to produce domestic energy and to insulate us from further global supply chain instability,” Fields added.