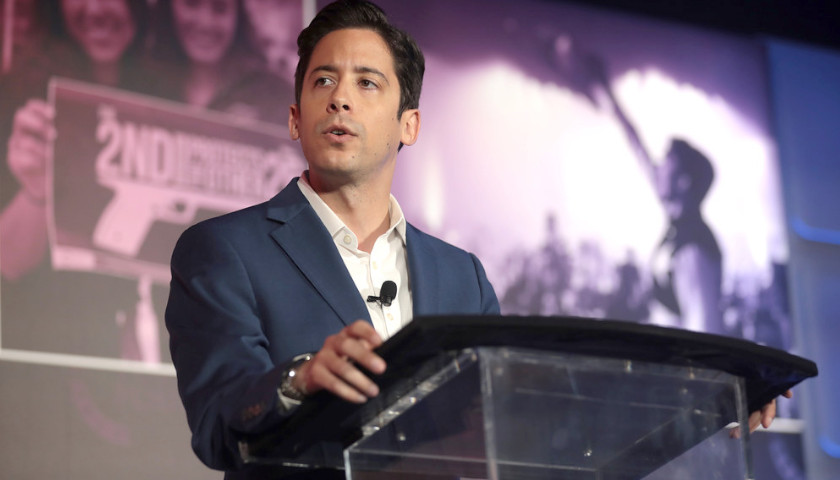 Michael Knowles, a conservative commentator and practicing Catholic, has been barred from speaking at the University of St. Thomas (UST) in St. Paul, Minn., for his views on transgender ideology.

In March the UST College Republicans had sought to invite Knowles for a speaking engagement on campus, but the group says university administrators explicitly prevented them from hosting the event.

“The justification for this decision comes from the University’s ‘Event Approval Policy’ that says the University can prohibit any speaker from coming to campus that they determine to violate the St. Thomas Conviction Statements,” according to a Wednesday press release from the conservative campus group.

“After they conducted a ‘review’ of Mr. Knowles’ online content, it was determined that comments Mr. Knowles has made about the transgender community violate the University’s commitment to ‘dignity’ and ‘diversity,’” the press release adds.

The @UofStThomasMN prohibited @michaeljknowles from speaking on campus because of his views on transgenderism, according to @TommieCRs .

“Despite Mr. Knowles’s views on gender being supported by Catholic doctrine, he was prohibited from coming to campus nonetheless.” pic.twitter.com/40VFoclwmX

Knowles himself tweeted about the university’s decision: “A Catholic university has apparently banned me from speaking on campus because I’m a practicing Catholic.”

“If the [UST] leadership disapproves of what I believe, just wait until they read St. Thomas!” he quipped in another tweet, adding in still another that “if my views on transgenderism are Catholic, and those views ‘violate the University’s Core Convictions,’ then what does that say about the core convictions of the allegedly Catholic [University of St. Thomas]?”

The UST College Republicans noticed this conundrum as well.

“Despite Mr. Knowles’ views on gender being supported by Catholic doctrine, he was prohibited from coming to campus nonetheless,” their press release reads. “In the University’s view, it is not simply a concern about what Mr. Knowles would say, rather, it is a concern that he holds Conservative-Catholic views in the first place.”

“These restrictions on what speakers we can bring to campus represent not just a threat to free speech but freedom of thought.”

UST’s College Republicans have created a Change.org petition to request the university reconsider its prohibition of Knowles. There are over 700 signatures as of this writing, with the College Republicans’ specifying their goal as 1,000.

Evan Stambaugh is a freelance writer who had previously been a sports blogger. He has a BA in theology and an MA in philosophy.
Photo “Michael Knowles” by Gage Skidmore. CC BY-SA 2.0.