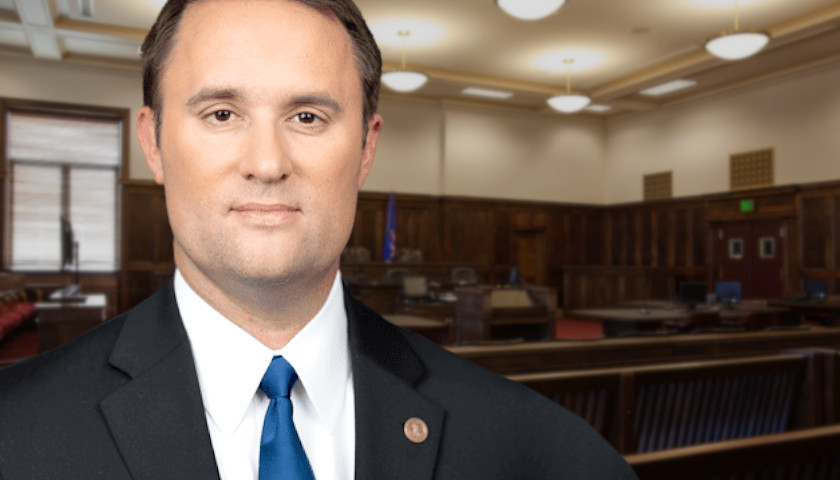 Republican attorneys general from Texas, Missouri, and Montana have announced that they are withdrawing from the National Association of Attorneys General (NAAG), but Virginia Attorney General Jason Miyares’ office didn’t respond to a request for comment.

“While we have been a driving force for NAAG’s success – both financially and on key issues – the Association’s leftward shift over the past half decade has become intolerable,” states a letter signed by Texas Attorney General Ken Paxton, Missouri Attorney General Eric Schmitt, and Montana Attorney General Austin Knudsen.

They say they’re following Alabama Attorney General Steve Marshall’s lead; Marshall left the NAAG in 2021; according to Yellowhammer News, Marshall said, “I can’t justify spending taxpayer dollars to fund an organization that seems to be going further and further left.”

National Review praised Marshall for the move, writing in April 2021, “For those unfamiliar with the organization, NAAG describes itself as a ‘nonpartisan national forum’ for state attorneys general. But it functions more like a left-wing litigation shop, with close and lucrative ties to plaintiffs’ firms.”

The NAAG is funded in part by portions of settlements from lawsuits, dues, and conference registrations, according to its FAQ.

NAAG’s FAQ states, “NAAG is a nonpartisan organization and engages in policy advocacy only when an issue has bipartisan support from a majority of attorneys general. For NAAG to endorse a legislative initiative or a specific piece of legislation, a bipartisan group of at least 36 attorneys general must submit their approval. To be considered in the first place, any policy action must be initiated by two attorneys general (lead states) of different parties.”

Of the four attorneys general who have announced they’re leaving the NAAG, three are running against GOP challengers in primaries this year. Paxton and Marshall are seeking re-election and Schmitt is seeking the nomination to run for U.S. Senate.