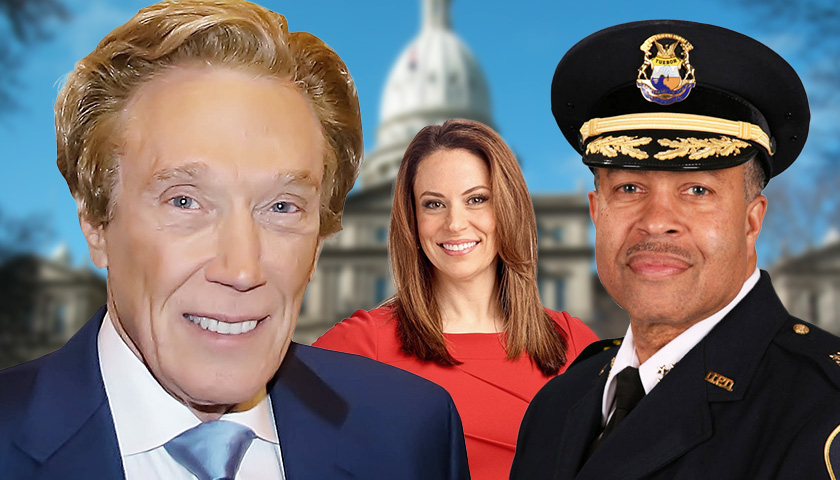 The Michigan Democratic Party and another group are challenging the petition signatures of three Michigan GOP gubernatorial challengers.

Candidates must turn in 15,000 valid signatures from registered voters to qualify for the August primary. Craig said he turned in 21,000 signatures, but Democrats challenged 9,652 signatures.

Democrat Lawyer Mark Brewer filed a 145-page complaint alleging that 6,933 of Craig’s signatures were forged via “round robining,” a technique in which people sign names and addresses on multiple sheets to generate fake signatures.

Brewer’s complaint said that at least 30 signatures on Craig’s petitions belong to voters marked as dead in the Qualified Voter File.

Michigan Strong PAC spokesman Fred Wszolek concluded that “the combination of incompetence, invalidity, unregistered voters, and apparent fraud means that there is a strong possibility that Craig submitted insufficient signatures to quality as a Republican candidate for Governor – and it’s likely that the Craig campaign knows it.”

“Craigs incompetent campaign attempted to submit an additional 4,200 signatures last Tuesday at 4:30 pm, apparently unaware that the hard and fast filing deadline was at 4:00,” Wszolek said. “Thousands of other signatures were collected with the same seeming indifference for the law, including obvious cases of circulator forgery.”

Wszolek said they submitted challenges to the Bureau of Elections.

“We hope any fraud that is encountered will be referred to the Attorney General as well,” he said. “Clearly, the overwhelming demand for election integrity from GOP voters wasn’t communicated to Craig’s campaign.”

“Given the questionable nature of the activities of the circulator and the signatures collected, all of the signatures appearing on those petition sheets are challenged,” the complaint read.

“It’s tough to see the logic of how mass forgers James Craig, Tudor Dixon, and Perry Johnson think they can call out the other two without also implicating themselves in the process, but these are also the same three Republicans that thought they could pave their path through this messy and crowded primary with rampant election fraud and verifiably dead voters,” Applewhaite said in a statement.

Ten Republicans are crowding the Aug. 2 primary that will determine who will eventually face-off against incumbent Gov. Gretchen Whitmer in the November election.

Scott McClallen is a staff writer covering Michigan and Minnesota for The Center Square. A graduate of Hillsdale College, his work has appeared on Forbes.com and FEE.org. Previously, he worked as a financial analyst at Pepsi.
Photo “Perry Johnson” by Perry Johnson. Photo “James Craig” by Chief James Craig for Governor. Photo “Tudor Dixon” by Tudor Dixon. Background Photo “Michigan State Capitol” by San906.