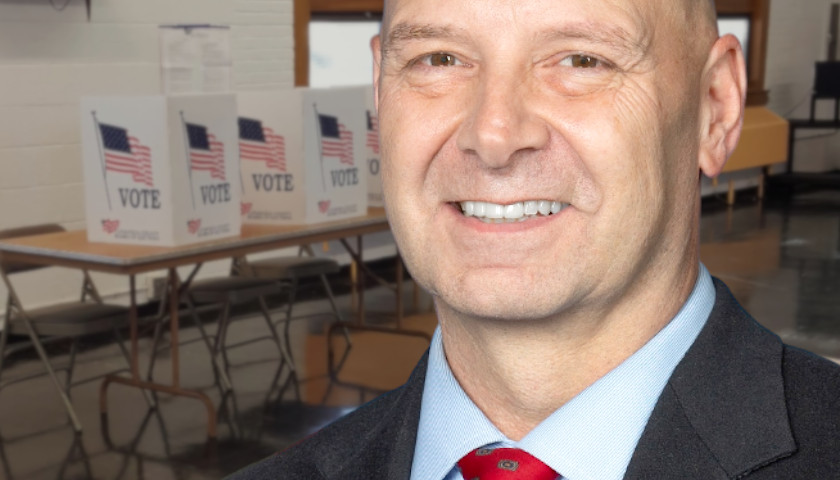 The new division within the Pennsylvania Department of State would be charged with probing all alleged violations of voting laws. The proposed bill also targets “ballot harvesting,” the illegal practice of hand-delivering absentee ballots — usually by depositing them in election drop boxes — on behalf of voters other than oneself. Currently, state law treats ballot harvesting as a misdemeanor; Mastriano’s measure would make it a third-degree felony.

A fourth component of the bill concerns court settlements that affect the application of election laws; if the measure becomes law, any such judiciary-imposed changes would go before the General Assembly for approval or rejection.

Mastriano cited his concerns with the conduct of the 2020 presidential election as an impetus for his legislation. He and many other Republicans objected especially to the refusal of some counties to permit poll watchers to closely observe the absentee-ballot canvassing process that November; they also bemoaned the inconsistency among counties when it came to permitting ballot “curing,” i.e., allowing voters to fix errors on ballots largely regarding signatures or dates.

“Laws that were already on the books were clearly ignored by the executive branch and the court system during the 2020 election and that is why we need comprehensive reform,” the state senator said in a statement. “Annual statewide audits will provide a layer of transparency and assurance of the accuracy of elections. The newly established Office of Election Crimes and Security will investigate all possible violations of election law. This office is particularly needed after the PA Attorney General’s office and regional U.S. Attorneys chose to ignore hundreds of sworn affidavits during the 2020 election.”

Former President Donald Trump’s campaign cited video recordings showing alleged ballot harvesting in Philadelphia in the fall of 2020. And the practice has continued to concern many observers in Pennsylvania in the 18 months since that election.

Drop boxes were a new feature of absentee voting in 2020. Starting that year, Pennsylvania’s Act 77 permitted no-excuse mail-in voting but it did not authorize the use of drop boxes where people could deposit ballots in lieu of mailing them. Nonetheless, then-Secretary of State Kathy Boockvar (D) issued guidances to counties telling them they could use such receptacles.

Multiple alleged instances of ballot harvesting have arisen since then, stemming from video footage in Lehigh, Lackawanna and Montgomery counties. Pennsylvania law only permits someone to drop off his or her own absentee ballot unless the deliverer obtains a consent form from a voter stating that the latter is ill or injured.

In those cases, if multiple voters assign another individual to drop off their ballot, they must all live in the same household. The Democrat-run administration in Montgomery County has argued that voters share the same residence if they live at a long-term-care facility, as did the voters whose ballots were being dropped off in the Montgomery-County video. Yet the Pennsylvania Department of State maintains that long-term-care facilities are not households.