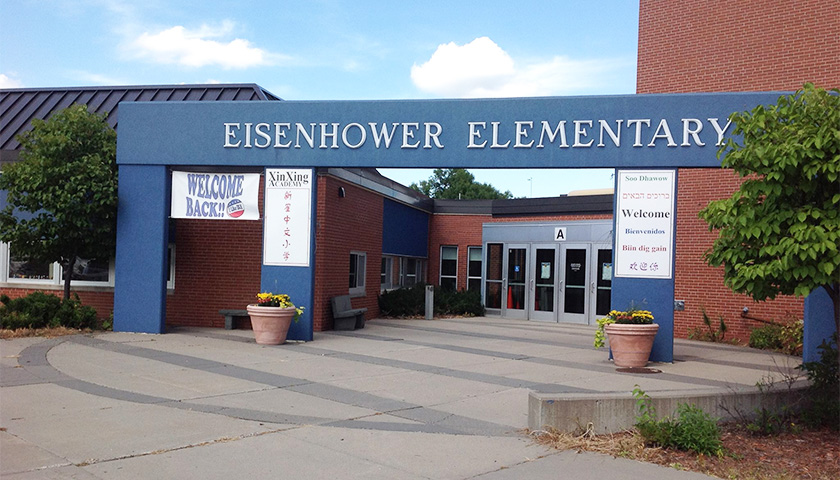 According to an email screenshot provided to Alpha News, the lesson will be led by MyHealth on May 6 and is an “introduction to gender and sexuality.”

“Students learn the definition of letters in LGBTQIA+ and how to use and respect other’s pronouns. Educators will also work through the Gender Unicorn, discussing gender expression, gender identity, sex assigned at birth, and sexual orientation,” the email states.

In addition, students will brainstorm and learn how to make the “schools and shared spaces inclusive and welcoming to all.” Sixth-grade students at Eisenhower Elementary along with two other elementary schools will sit through the lesson.

“This looks to me like this is something that’s being pushed on teachers and students by the administration,” a parent told Alpha News. “This should be left to parents. When I went to school we were taught academics, which are what schools are supposed to do. Not all the ideology stuff. I think right now the ideology is getting more important in schools than actual academics.”

The parent said they’ve opted their child out of the lesson, but they’re concerned the student will receive pushback.

“If other classmates see [my child] out in the hallway, they will ask [my child] why [my child] has not been in class,” the parent said.

Despite this being the first year Eisenhower will teach the gender and sexuality lesson, a spokesperson for the school district told Alpha News that “sixth-grade is a very typical time for students to receive puberty and human sexuality units.” The spokesperson noted that “this is universal across most schools.”

“Hopkins Public Schools is an inclusive school district that is committed to an affirming environment for all,” the spokesperson said. “Helping students understand that difference is okay and respected creates a safer learning environment, reduces bullying, and helps develop empathy in our students.”

What children are taught in school has become a hot topic across Minnesota.

Alpha News reported last week that the principal at Kenwood Trail Middle School in Lakeville, Minn., promoted a “day of silence” during which students refrained from speaking to protest for LGBTQ causes.

Stillwater middle schoolers were also encouraged to partake in the event, which is organized at a national level each year by the Gay, Lesbian & Straight Education Network (GLSEN).

Last month, the Minnesota Senate passed a bill that would require teachers to provide class syllabi to parents within the first two weeks of school. The bill is the third of five in the Senate GOP’s “Parents’ Bill of Rights,” a package of bills designed to give parents a greater say in the education of their children.