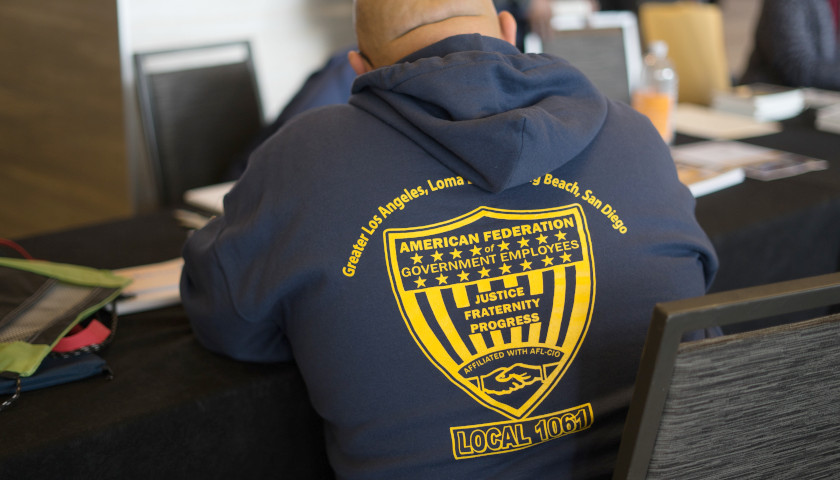 The professor of political science in the Colin Powell School at the City College of New York–CUNY explained further:

They detail exactly which public employees are having union dues deducted from their paychecks. Where they are collected, these figures show substantially steeper declines in public-sector union membership—but these records are not made easily available to the public. One must file a Freedom of Information Act or similar public-records request to secure the data. Furthermore, many states use different reporting methods, and figures are not typically available for all government employers.

DiSalvo noted that when the U.S. Supreme Court’s decision four years ago in Janus v. AFSCME ended forced membership and payment of dues to public sector unions, the question remained how many existing union members would choose to opt out of membership.

“Answering that question turns out to be harder than one would think,” DiSalvo wrote, noting what may appear obvious to some, that “government does not collect good data on even the simple question of public-union membership.”

For example, in 2021, using data collected from the Community Population Survey (CPS), the federal Bureau of Labor Statistics (BLS) reported relative stability in the unionization rate in the United States.

“The 2021 unionization rate is the same as the 2019 rate of 10.3 percent,” BLS reported, noting “the union membership rate of public-sector workers (33.9 percent) continued to be more than five times higher than the rate of private-sector workers (6.1 percent).”

“But the CPS is not a good instrument for measuring short-term trends in public-sector union membership,” DiSalvo observed. “The results provide only a total union membership estimate, undifferentiated by public and private sectors. In addition, many respondents don’t know or are unsure about their membership status, which muddies the results.”

UnionStats broke down the CPS data by state and public vs. private sector unions, but the result was very small sample sizes, leading to reports of “large swings in membership or public employment overall in some states when there’s no evidence that such changes occurred,” DiSalvo noted.

The Department of Labor’s Office of Labor-Management Standards appears to show some drop-off in public sector union membership, DiSalvo said, but explained the data lacks clarity regarding which belongs to public vs. private union membership.

The researcher credited the Freedom Foundation in Washington and Oregon, the California Public Policy Center, the Mackinac Center in Michigan and about 20 other states, and the Commonwealth Foundation in Pennsylvania, for doing the “heroic” work of filing thousands of public records requests to obtain state and local government payroll records:

JC Bowman, the executive director of Professional Educators of Tennessee, a member-owned professional association of educators, and not a public sector labor union, told The Star News Network the drop in public sector union membership since Janus is partly due to the unions’ “reluctance to change, and clinging to an outdated system built on an industrial model”:

Compulsory unionism made them less responsive to the needs of their own members, as well as more militant and adversarial. Unions branched into political and social areas not related to their purpose. The use of members’ dues for politics, as well as for candidates, and policies seeking to limit members’ ability to leave unions except during narrow periods of time during the year, are divisive among their own members and probably hurts members more than it helps in many cases.

“Given that public-union membership was inflated thanks to a government policy that was eventually declared unconstitutional, the membership decline seems altogether fitting and proper,” DiSalvo wrote.

“Prior membership numbers never reflected the ‘strength’ of the public-sector labor movement, in the sense that all those members truly wanted to belong to their unions,” he added. “Rather, it reflected the incentives created by government policy, which, in 22 states, put its thumb on the scales to encourage greater union membership.”
– – –
Susan Berry, PhD is national education editor at The Star News Network. Email tips to [email protected]
Photo “AFGE Member” by AFGE. CC BY 2.0.