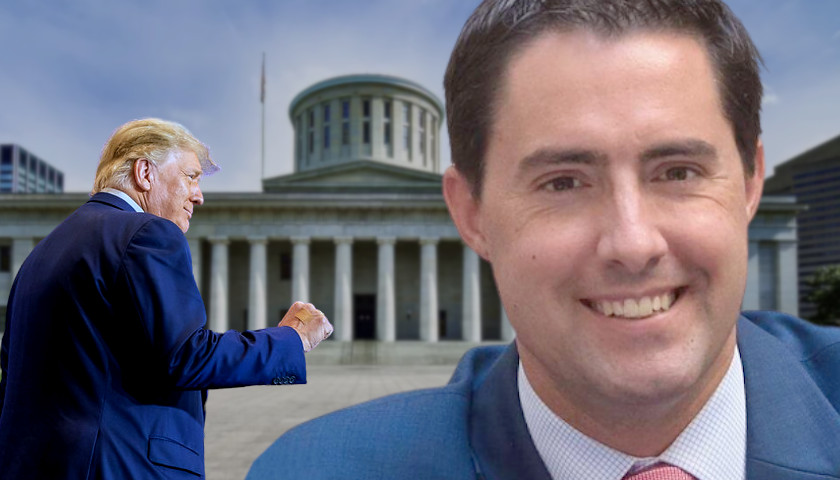 LaRose, who was elected in 2018, oversaw the state’s election for the past four years.

Trump awarded the Secretary of State his ”Complete and Total Endorsement.”

“Frank LaRose is Ohio’s Secretary of State, having presided over two statewide elections and served as a State Senator from Northeast Ohio. As a State Senator, he focused on Election Integrity, Government Efficiency, Transparency and Tax Reform,” Trump said in a statement.

Trump, who has focused his efforts on election integrity, commended LaRose on his efforts.

“Having been raised on a family farm, Frank is a hard worker and, as a teenager, was an Eagle Scout. He served in the United States Army in the 101st Airborne, and ultimately served in the U.S. Special Forces as a Green Beret. During his decade in uniform, Frank received numerous Commendations including the Bronze Star,” he continued.

The former president, who endorsed J.D. Vance in the U.S. Senate election, contended that LaRose has ensured the security of the state’s elections and has yet to weigh in on the state’s gubernatorial GOP primary.

“Frank is dedicated to Secure Elections—the most important work he can do—with every legal vote counted, no ballot harvesting, and all votes counted on Election Day. I won Ohio big, twice, and Frank is committed to “making it easy to vote and impossible to cheat.” I give Frank LaRose my Complete and Total Endorsement!” he added.

LaRose recently blasted a ruling from the Ohio Supreme Court which blocked the state’s redistricting maps for the fourth time.

The ruling requires a new set of maps to be drawn and submitted to the court and the Secretary of State’s office by May 6th.

Cooper Moran is a reporter for The Ohio Star and The Star News Network. Email tips to [email protected]
Photo “Frank LaRose” by Frank LaRose.