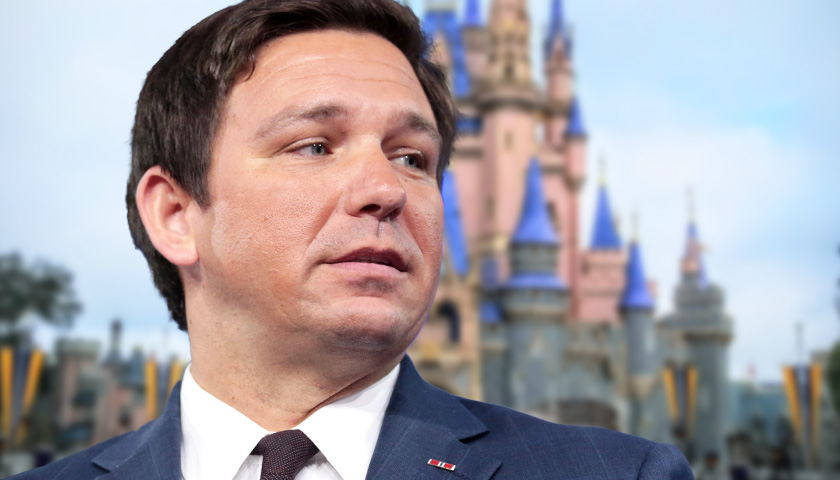 In what is being viewed as an escalation in the conflict between Governor Ron DeSantis (R) and The Walt Disney Company, the Florida governor has called a special legislative session to review a 1968 law – designed for the company – that allows it to govern itself.

According to a proclamation from the governor’s office, “it is necessary to review such independent special districts to ensure that they are appropriately serving the public interest,” and that it is “also necessary to consider whether such independent special districts should be subject to special law requirements of the Florida Constitution of 1968.”

“I am announcing today that we are expanding the call of what they are going to be considering,” DeSantis said during a Tuesday press conference. “Yes, they will be considering the congressional map but they also will be considering termination of all special districts that were enacted in Florida prior to 1968 and that includes the Reedy Creek Improvement District.”

Disney World in Orlando was built in the late 1960s and opened for business in 1971.

The Randy Creek Improvement Act of 1967 was signed into law that year after lobbying efforts by the company. It granted Disney 25,000 acres of land in Orange and Osceola counties to build the theme park, which governs itself.

But DeSantis says the law is far broader than just allowing special districts to build without normally required permits and other special benefits.

“I was shocked to see some of the stuff that’s in there. They can do their own nuclear power plant. Is there any other private company in the state that can just build a nuclear power plant on their own?” he said Tuesday. “They’re able to do certain things that nobody else is able to do. So I think they’re right to be looking at this and reevaluating, and having an even playing field for everybody, I think, is much better than basically to allow one company to be a law onto itself.”

The beef between the governor and the company began when Disney said that its “goal” was to help get rid of HB 1557, an anti-grooming bill that prevents teachers from discussing sexuality and gender with children in kindergarten through third grade.

That bill has been labeled the “Don’t Say Gay” bill by opponents.

“Our goal as a company is for this law to be repealed by the legislature or struck down in the courts, and we remain committed to supporting the national and state organizations working to achieve that,” Disney said on March 30. “We are dedicated to standing up for the rights and safety of LGBTQ+ members of the Disney family, as well as the LGBTQ+ community in Florida and across the country.”