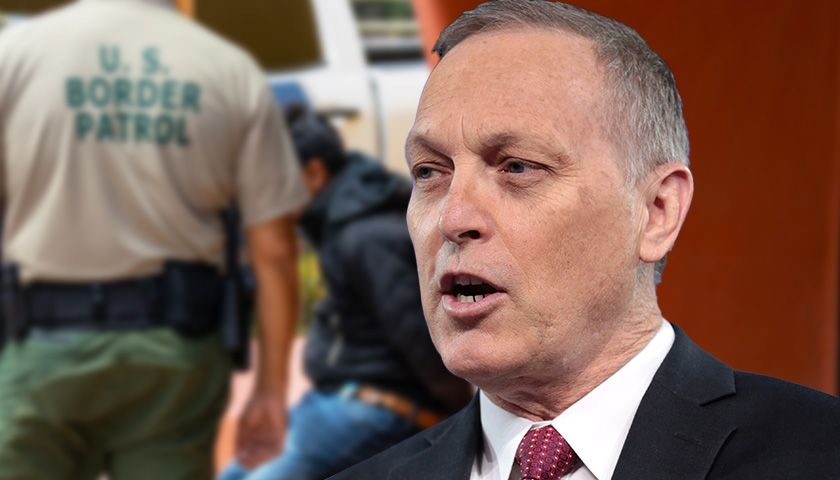 A U.S. Congressman from Arizona Monday reacted to a report that nearly two dozen suspected terrorists were caught crossing the border into the United States illegally in 2021.

“As seen by the events on 9/11, we know that it only takes a handful of harmful actors to wreak devastation on our country,” Rep. Andy Biggs (R-AZ-05) told the Arizona Sun Times. “[U.S. Customs and Border Protection’s] latest figures are alarming but are not unexpected.”

“The Biden administration’s catch-and-release policies, its halting of southern-border wall construction, and its slow-walking of reimplementation of the ‘Remain in Mexico’ program have made it easier for unvetted and harmful actors to enter our country and Arizona. It’s unacceptable,” he said.

Biggs also noted that CBP’s figures do not account for those potential terrorists who were not caught while crossing the border illegally.

“I suspect the number of individuals crossing our southern border on the terror watch list is much higher than CBP’s data indicates. There are hundreds of thousands of ‘got-aways’ who are making it past CBP. You can only wonder how many individuals we don’t know of.”

Four of the 23 suspected terrorists crossed through Arizona, according to the report. Two were caught by CBP’s Yuma Sector, and two more by CBP’s Tucson Sector.

All of the suspected terrorists were flagged by the Department of Defense’s Terrorist Screening Database (TSDB).

Amid the report, the Biden administration, which has allowed four-decade high illegal immigration numbers, is planning to end Title 42, a rule implemented by former President Donald Trump that allowed illegal aliens to be immediately turned away at the border in light of the COVID-19 pandemic.

Several states have now joined a lawsuit led by Arizona Attorney General Mark Brnovich (R) seeking to halt the order to revoke the rule. Title 42 is scheduled to be revoked on May 23.

“What President Biden is doing by rescinding Title 42 is not humane; it is insane,” said Brnovich. “Biden is actively decriminalizing and incentivizing illegal immigration to bring in as many people as possible without any regard for the safety and well-being of Americans.”