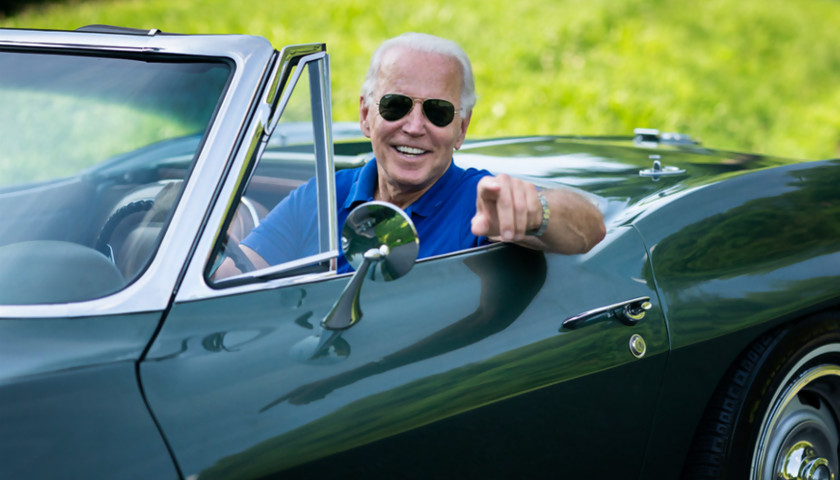 The White House said Americans should pay higher taxes to ensure a rapid green transition away from fossil fuels in a report on President Joe Biden’s economic record.

The federal government can encourage such a shift through carbon taxes or a cap and trade system forcing an emissions limit on companies, said the Council of Economic Advisers (CEA) report released last week. The White House added that consumers would continue purchasing “artificially inexpensive, carbon-intensive goods” without proper government policies in place.

“Such carbon prices could be implemented directly via carbon taxes, indirectly through a cap on emissions and tradable permits, or through other similar policy tools,” the CEA said in the report. “Government revenues from the carbon price can be used to compensate consumers for increases in energy prices or to invest in other societal priorities.”

“Carbon prices are just one of many policy measures needed to cost-effectively accelerate the energy transition,” the CEA continued.

Under a carbon tax, the government would require energy providers to pay a price for every ton of greenhouse gas emissions, according to the Center for Climate and Energy Solutions. The costs would then get passed along to consumers who would be forced to pay more for energy.

A “cap and trade” system creates a limit for how much greenhouse gas companies can emit. If a company goes over the limit, they would be fined or they could purchase credits from a company that was below the limit.

“Complementary policies can make it cheaper or easier to conserve energy or to shift away from carbon-intensive products,” the White House economic report added.

Just 44% of Americans support a carbon tax while 29% oppose the policy, a 2019 Associated Press survey showed. But 80% of respondents said they backed tougher restrictions on power plant emissions and 73% supported a tax on corporate emissions, according to a June 2020 poll by Pew Research.

However, voters in the State of Washington — a majority-liberal state — rejected a carbon tax in 2016 and 2018 referenda. Nearly 60% of Washington voters rejected the measure in 2016 while more than 56% voted against it two years later.

“For the person smack in the middle of the political spectrum, all they were seeing is this ‘$200-and-something-more cost of energy for me, I don’t like this, that’s it. I’m done, I’m not voting for this,’” Ioana Marinescu, a professor at the University of Pennsylvania School of Social Policy & Practice, said in 2020 regarding the Washington votes.