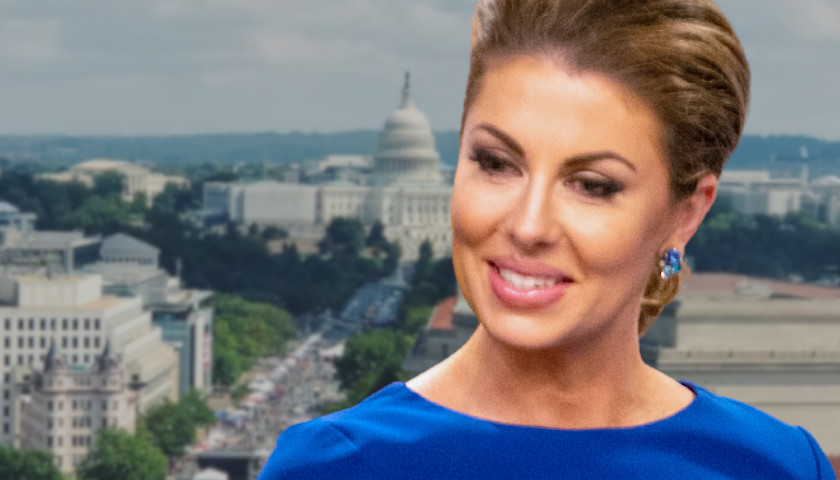 The remaining $464, 941 in receipts reported by the Ortagus campaign, or 78 percent, came from the following out-of-state sources:

Ortagus’ report additionally shows that the campaign accepted a $1,000 donation from Gabriel Noronha, a fired former State Department staffer that tweeted that “Trump is entirely unfit to remain in office, and needs to go.”

Noronha was a member of the D.C. fundraiser host committee that was highlighted by D.C. insiders, Never Trumpers, and RINOs. He was removed from the host committee after The Tennessee Star shed light on his involvement. However, the Ortagus campaign still accepted a campaign donation from him.

Another member of the host committee for the D.C. fundraiser, John Noonan, donated to the campaign as well. Noonan, a former member of the Jeb Bush and Romney campaigns, wrote a 2016 op-ed in the Los Angeles Times titled “I was a Minuteman III nuclear launch officer. Take it from me: We can’t let Trump become president”.

In the piece, Noonan called Trump mentally unfit and said he couldn’t be trusted with nuclear weapons.

“I believe my party’s nominee for president is mentally unfit to assume this heavy responsibility,” he said. “Trump cannot be trusted with weapons that can kill millions. He cannot be handed the nuclear “football” – a briefcase containing the war plans and codes for our nuclear forces – and be made responsible for its contents.

Pro-abortion Never Trumper and former Massachusetts Lt. Governor Kerry Healey, who was also on the host committee, donated to the Ortagus campaign as did Jordan Sekulow of the American Center for Law and Justice. Former Secretary of State Mike Pompeo and the first openly gay cabinet member in U.S. history Ric Grenell both have endorsed Ortagus and serve in senior positions at the ACLJ.

The Chairman and CEO of Blackstone Group Stephen Schwarzman, Chairman of the Charles Schwab Corporation Chuck Schwab, former Chairman of Ernst & Young Mark Weinberger, as well as the President and CEO of the American Petroleum Institute Michael Sommers are listed in the donation report as well. Weinberger is the cousin of Ortagus’ husband, former Obama administration staffer Jonathan Weinberger.

Ortagus’ finance report also shows additional significant numbers of contributions from D.C. lobbyists and insiders as well as some from Capitol Hill staffers.

At the end of the period, Ortagus shows $554,054.63 cash on hand. A significant amount of that is unavailable to spend for the August 4 primary as it was earmarked for the November General Election. As is common practice for political campaigns looking to show a good finance report, the bulk of the expected campaign expenses do not appear on the report. They will likely be listed on the next report.

Ortagus is currently off the August 4 Republican primary ballot due to duly filed challenges to her bona fide status in accordance with the Tennessee GOP bylaws.

It is unclear what will happen with the funds received by the Ortagus campaign if the Tennessee Republican Party elects not to restore her to the August 4 GOP ballot.

Aaron Gulbransen is a reporter at The Tennessee Star and The Star News Network. Email tips to [email protected] Follow Aaron on GETTR, Twitter, and Parler.
Photo “Morgan Ortagus” by U.S. Department of State.