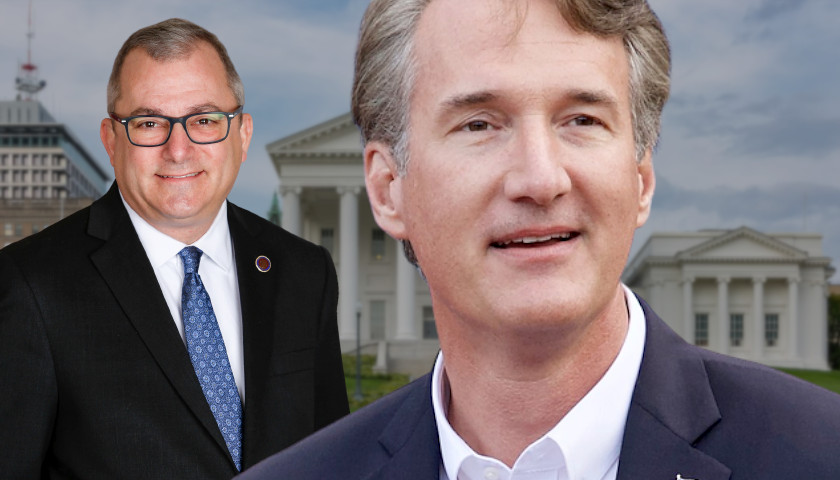 Governor Glenn Youngkin vetoed 26 bills from the 2022 General Assembly session, including nine of the 10 bills sponsored by State Senator Adam Ebbin (D-Alexandria) who helped lead efforts to block some Youngkin appointees. Youngkin also amended over 100 bills, including a bill introducing staggered elections at the Loudoun County School Board; Youngkin’s amendment would force all the members of the board to run for re-election this year.

“My goal as Governor is to make Virginia the best place to live, work, and raise a family, and the bills I vetoed today reaffirm that commitment,” Youngkin said in a Monday evening announcement of the 25 newest vetoes. “I look forward to working together with members of the General Assembly in the future to ensure that we’re working for all Virginians. Together we can make the Commonwealth a place where businesses can prosper, students can thrive, and communities are safer.”

Ebbin was one of the leading figures in a back-and-forth between the House and Senate over gubernatorial appointees, including former Trump EPA Administrator Andrew Wheeler. The Richmond-Times Dispatch reported in February regarding a confrontation between Ebbin and top Youngkin aide Matt Moran. According to Ebbin, Moran said Ebbin had threatened the governor. Ebbin said Moran implied that the governor could veto his bills.

Moran referred The Virginia Star’s request for comment to the governor’s spokesperson.

Ebbin’s office didn’t respond to a request for comment, but Ebbin tweeted Tuesday, “I’m stunned at the governor’s unexplainable decision to veto meaningful, non-controversial, legislation. It is the polar opposite of what he campaigned on. These vetoes, from protecting living organ donors to enhancing consumers’ data privacy to reforming the VEC are not in the best interest of Virginians.”

Six of Ebbin’s bills vetoed by Youngkin had identical House companions introduced by Republicans. Youngkin amended one of the House bills and signed the other five, but not the Senate versions, an unusual move.

When asked if Youngkin was trying to send a message to Democrats or retaliate against Ebbin, Youngkin spokesperson Macaulay Porter pointed The Star to the veto explanations for individual bills.

Youngkin followed the bill summaries with the phrase, “Given my signature to the companion legislation, this bill is no longer necessary. Accordingly, I veto this bill,” he said.

“There is nothing usual about this. No governor has vetoed this many bills in their first session since Gilmore and this is probably a record number of vetoes when the General Assembly is under split control. Most Virginians expect the governor to rise above partisanship,” State Senator Scott Surovell (D-Mt. Vernon) told The Star.

“It’s what winning looks like, get over it,” The Virginia Star’s Publisher John Fredericks said.

“Glenn Youngkin is going to continue to fight for everyday Virginians, and he’s not beholden to the political crowd, the elitists, or the go-have-a-scotch-at-the-tobacco-company crop. He doesn’t care,” Fredericks said.

With the 25 vetoes announced Monday plus Youngkin’s first veto in March, Youngkin has vetoed more bills in his first year than any governor since former Governor Jim Gilmore in 1998, according to The Virginia Public Access Project. Youngkin has also already vetoed more legislation than former Governors Bob McDonnell and Mark Warner vetoed in their entire terms, although Youngkin needs to make up some ground if he wants to beat Terry McAuliffe’s 120 total bills vetoed in his term.

The Star asked Surovell what his takeaway from the vetoes is and how Democrats would react.