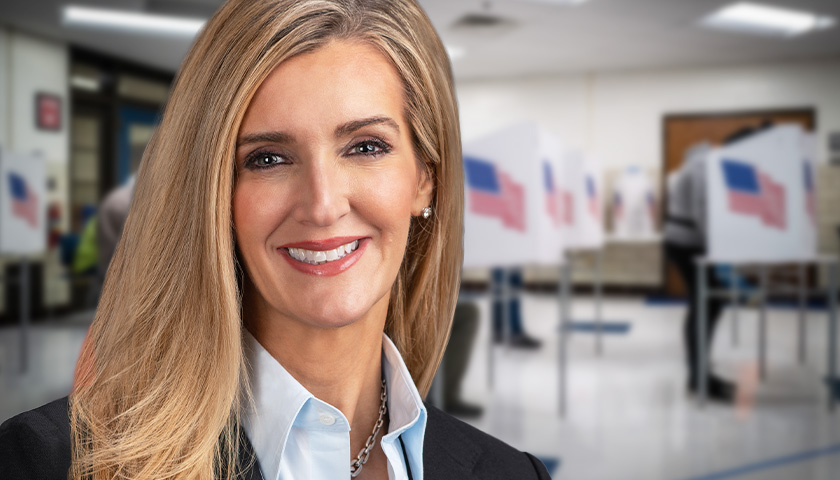 A voter registration group led by a former U.S. senator held a registration drive over the weekend at gas stations across the metro Atlanta area.

“Part of Greater Georgia’s broader mission that has already registered tens of thousands of lean-conservative voters, this latest registration drive will continue at a variety of consumer marketplaces over the coming weeks, including at gas stations, grocery stores, and gun stores,” that group said in a press release. “It will also include an accompanying digital and text registration campaign in counties across the metro area.”

Former Senator Kelly Loeffler, a Republican, lost her seat in a runoff election with Sen. Rev. Raphael Warnock (D-GA) in January of 2021. After that, she founded Greater Georgia as a conservative alternative to gubernatorial candidate Stacey Abrams’ Fair Fight, which registers Democrat voters statewide.

Whether the gas station voter registration was a success remains unknown. Greater Georgia did not return a Tuesday comment request.

But Loeffler explained that the group is targeting potential new voters where they’re hurting the most – at the gas pump and in the grocery store – thanks to a four-decade high in inflation under the administration of President Joe Biden.

“Georgia families are running on fumes and cannot afford more of the reckless Washington spending that is draining their wallets on everyday purchases like gas and groceries. That’s where Greater Georgia comes in, making sure that everyone knows their vote is their voice,” Loeffler said in the release. “Our latest effort will empower Georgia consumers who are feeling the pain of the Left’s failed agenda – and encourage them to vote for conservative leaders. We’re on the ground engaging with Georgia consumers on the facts: the only way we stop runaway inflation, and get on the road to recovery, is by making our voices heard in May and November.”

Georgia’s hallmark election battle in 2022 will be for the state’s highest-ranking office. Either incumbent Gov. Brian Kemp (R) or former Sen. David Perdue (R), who also lost his seat in the 2021 runoff, will square off against Abrams in November.

Since her loss to Kemp in the 2018 gubernatorial election, Abrams has built a war machine to arm herself. In fact, Fair Fight alone has raised more than $100 million.

But the Democrat candidate has faced some scrutiny since announcing her second bid for the governorship.

She claimed she never challenged the results of the 2018 election that she lost to Kemp, despite the fact that she said she did not consider him the legitimate governor of the state. She also never conceded the race.

More recently, she appeared maskless for a photo opportunity with schoolchildren, all of whom were masked.

Recent polling has Abrams trailing both Kemp and Perdue in the general election.