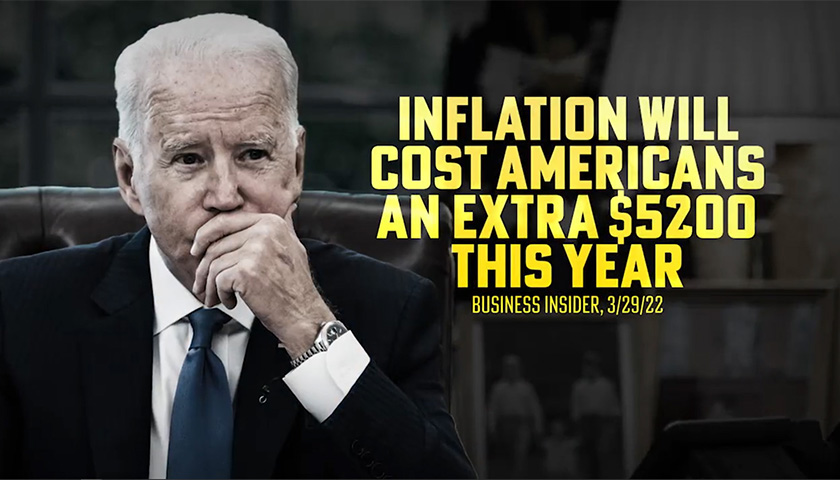 Ohio’s governor, who is in the midst of a heated battle for re-election, Tuesday released an ad targeting the Biden administration’s economic policies.

“Then, there’s the Ohio way,” the 30-second spot said. “Governor DeWine balanced the budget. Then he cut income taxes to put more money in people’s pockets. DeWine’s leadership has led to the biggest economic development project in Ohio history, and thousands of new jobs are being created across the state. Governor Mike DeWine – he fights and wins for Ohio.”

This is the second major campaign ad launched by DeWine’s re-election campaign. His theme appears to be that of “fighting” for Ohioans.

His first spot, which aired at the end of March, had a similar motif.

“He’s not afraid of the tough fights – Governor Mike DeWine,” that ad said. “When big-city unions refused to open our schools, he took them head-on and got our kids back in the classroom. As China cheats with unfair trade tactics, DeWine fought to bring manufacturing jobs back to Ohio. While radicals pushed to defund our police, DeWine increased funding for law enforcement to keep us safe.”

“If Mike DeWine is so anxious about defending his record, he should stop putting out misleading TV ads and join me on the debate stage instead,” Renacci said.

“DeWine senses that Ohio Republicans are about to put an end to his four-decade political career,” he continued. “Ohioans remember DeWine is the candidate that shut down our schools and then forced our children to wear masks in school. They remember that DeWine called the Left’s 2020 riots ‘understandable and appropriate.’ They remember that DeWine killed three-quarters of a million jobs with his Fauci-inspired lockdowns, and are reminded every day that Ohio has one of the worst economic recoveries in the nation under his watch.”

The primary election, which also features political newcomer Joe Blystone, will be held on May 3.

Pete D’Abrosca is a reporter at The Ohio Star and The Star News Network. Email tips to [email protected].
Photo “Joe Biden” by Mike DeWine.