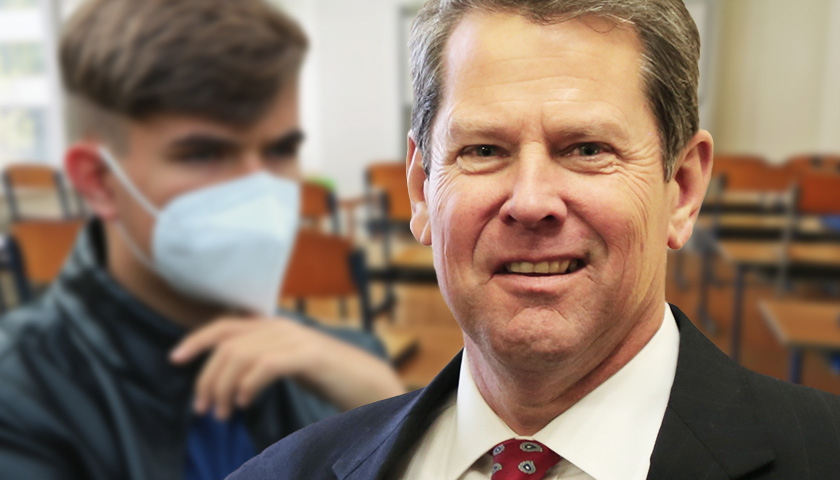 Gov. Brian Kemp signed a bill Tuesday to bar schools and government agencies from mandating students to wear a mask while at school.

Senate Bill 514, the Unmask Georgia Students Act, prohibits boards of education, school superintendents and state charter schools from imposing mask mandates. However, it does not prohibit students from wearing a mask at school.

“It is a common-sense measure that puts parents in charge, not the government, as we all work together to overcome [the] lingering effects of the pandemic on our daily lives,” Kemp said during a Tuesday bill signing ceremony. “It’s time for a complete return to the normalcy for Georgia students.”

State leaders couched the bill as empowering parents to make the decisions they believe are best for their children.

“The bill is great news for our parents; it’s great news for our students. When it comes to masks, vaccines or other personal health decisions, they have complete say of what needs to be done,” State School Superintendent Richard Woods said during the ceremony. “… Putting control of a child’s education in the hands of the parent is where it needs to be, and I say this as an individual who suffered a pretty serious case of COVID-19 in August and September.

“But let’s be clear about what the bill does not do. It does not prevent anyone from wearing a mask if they choose,” Woods said. “It simply recognizes the authority of parents to make health decisions for their own children.”

The law includes a sunset provision, ending the mask prohibition June 30, 2027. Georgia Democrats, however, said such a measure would not benefit Georgia students and could endanger them.

“Politicizing public health leads to bad bills that endanger the public,” state Rep. Jasmine Clark, D-Lilburn, said last week on Facebook. “SB 514 empowers parents to endanger the lives of other people’s children in our public schools. And it’s not limited to COVID.

“If we experience another pandemic virus in the next few years, our local leaders’ hands are tied, regardless of public health recommendations,” Clark said. “Banning mask mandates leave shut downs as the only public health mitigation strategy left to stop a dangerous respiratory contagion, and I don’t think ANYONE wants our schools to have to shut down again.”

T.A. DeFeo is a contributor to The Center Square.
Photo “Brian Kemp” by Office of U.S. Senator David Perdue. Background Photo “Student in Mask” by Alexandra_Koch.