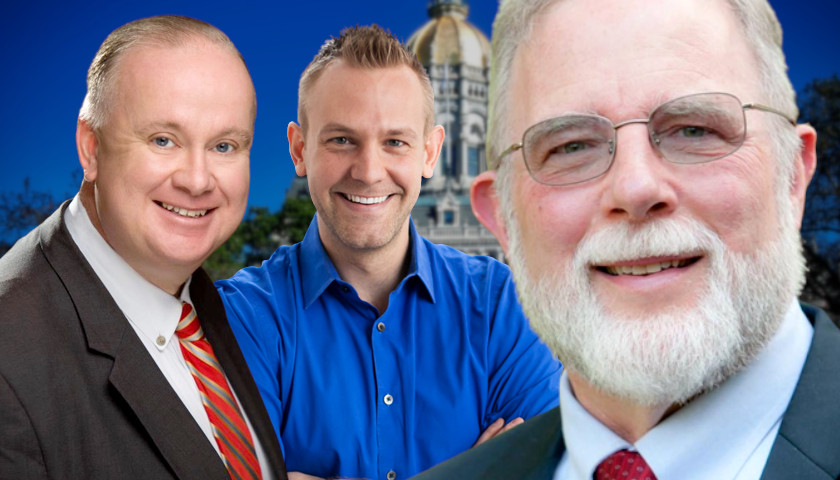 Democrats in Connecticut’s state House of Representatives are offering legislation they say will facilitate affordable housing and “racial justice,” though opponents of the measures say they will merely hamper local control of development.

One bill would mandate that municipalities permit housing containing a minimum of 15 dwelling units per acre within half-mile radiuses of rail stations. At least 10 percent of the units in such areas would be required to meet the state’s definition of affordable housing, i.e. that it costs an occupant no more than one-third of his or her annual income.

Sponsored by State Representatives Michael Winkler (D-Vernon), Josh Elliott (D-Hamden), and John Hampton (D-Simsbury), the legislation received a public hearing of the Joint Committee on Planning and Development earlier this month but it has not yet been moved out of committee.

The main organizational force behind the TOD bill is DesegregateCT (Connecticut), a coalition of mostly leftist associations including the Urban League of Southern Connecticut, the Center for Latino Progress, Education Reform Now Connecticut and the Universal Health Care Foundation of Connecticut. A major plank in DesegregateCT’s platform is support for dense, mixed-use neighborhoods around train stations, something often called transit-oriented development (TOD). The group has expressed disappointment at the failure of the bill to make it out of committee so far but its leaders hold out hope that legislators will advance it by affixing it to other legislation.

“Proposals like #HB5429 offer real solutions while offering municipalities ample discretion to determine how and where they will build housing,” the organization declared in a Twitter post Tuesday. “We’re waiting for bill opponents to offer any real solutions — inaction is not an option.”

Opponents of the measure have objected to its potential to sacrifice open space and historic preservation in favor of high-density development.

Alexis Harrison, a Republican member of the Fairfield Town Plan and Zoning Commission (TPZ), recently wrote in an opinion piece in the Connecticut Examiner that her municipality has already initiated four TOD projects, three of which have already been constructed. But, she added, being forced to conform to new state mandates would actually impede the locality’s ability to address the very economic and environmental issues that DesegregateCT and other bill supporters say they care about.

“As a member of the TPZ,” she wrote, “we make decisions based on our knowledge of our community, infrastructure, environment, historical preservation, traffic and more, and this bill downgrades a commission’s important role in planning and zoning.”

A related bill being referred to as “Fair Share” would devise a formula to require more affordable housing in cities and towns where the current supply of such housing is deemed insufficient. Critics of the measure anticipate that this could force some municipalities to construct thousands of new dwellings.

CT 169 Strong, an organization opposed to both bills, plans to rally against them at the Springdale Train Station at 865 Hope St. in Stamford on Saturday, April 2 at 2 p.m.