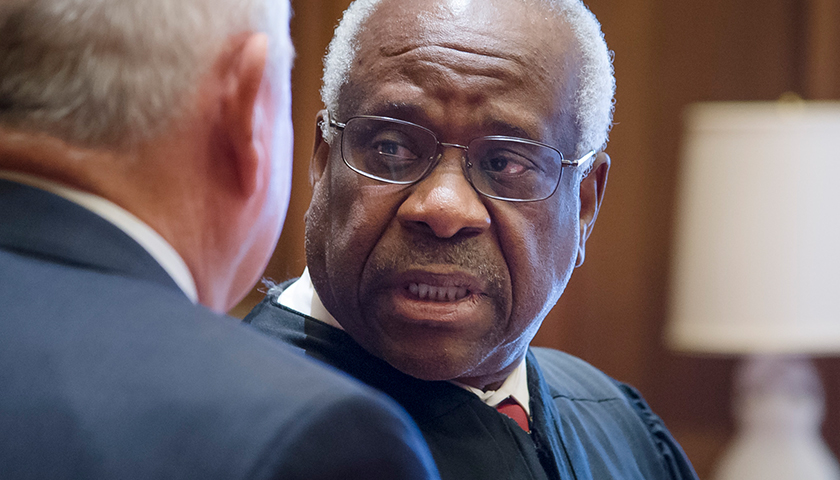 U.S. Supreme Court Justice Clarence Thomas has been released from the hospital after suffering with an infection.

The Supreme Court announced Thomas’ hospitalization Sunday. So far, no other details of his condition are public.

“Justice Clarence Thomas was admitted to Sibley Memorial Hospital in Washington, D.C., on Friday evening after experiencing flu-like symptoms,” the court said in a news release at the time. “He underwent tests, was diagnosed with an infection, and is being treated with intravenous antibiotics. His symptoms are abating, he is resting comfortably, and he expects to be released from the hospital in a day or two. Justice Thomas will participate in the consideration and discussion of any cases for which he is not present on the basis of the briefs, transcripts, and audio of the oral arguments.”

Justice Thomas’ hospitalization was met will well wishes and prayers.

Casey Harper is a Senior Reporter for The Center Square and the Washington, D.C. Bureau. He previously worked for The Daily Caller, The Hill, and Sinclair Broadcast Group. A graduate of Hillsdale College, Casey’s work has also appeared in Fox News, Fox Business, and USA Today.
Photo “U.S. Supreme Court Justice Clarence Thomas” by U.S. Department of Agriculture.