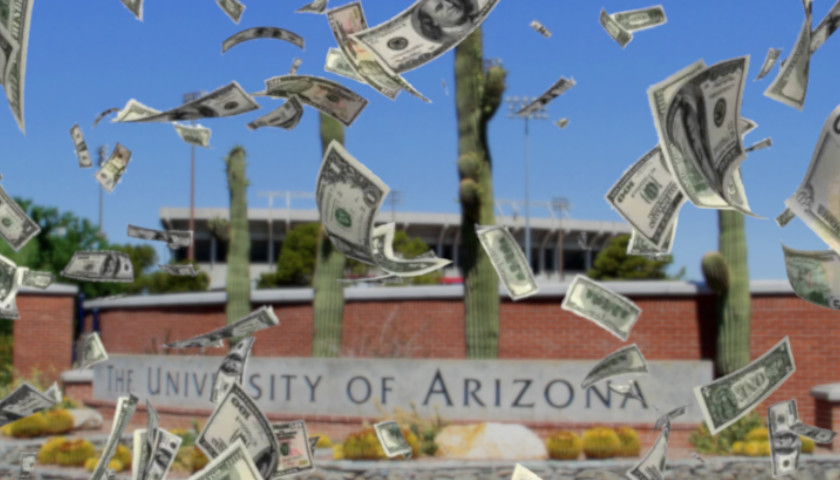 The three public universities in Arizona — Arizona State University (ASU), University of Arizona (UA), and Northern Arizona University (NAU) — are demanding tuition increases. They are proposing increases of 2% to 5.6%. A committee of the board of regents will vote on the hikes on April 7.

The universities cite inflation as the reason for the increase, with NAU President José Luis Cruz Rivera asserting the increase “accounts for less than half of current inflationary costs.”

In its 93-page proposal, ASU stated that it was sticking to its decade-long pledge to keep tuition hikes to 3% or less. Most of its proposal consists of comparing the costs of various degrees offered at ASU with the costs of those degrees at other universities — but the other schools listed in comparison are mostly private universities and higher-performing public universities, which are naturally expected to have higher tuition.

NAU laid out some of the total new costs. New resident undergraduate students at the main Flagstaff campus would pay $12,273 annually in tuition. International graduate students would pay the highest, $30,189 annually. UA, which already has the highest tuition of the three, wants some of the steepest increases, 5.6% for undergraduate, non-guaranteed, non-resident tuition.

The differences between the cost of living in other states don’t explain the discrepancy, since Arizona is ranked 24th cheapest when it comes to the cost of living, whereas its tuition exceeds the 75th percentile nationally.

All three schools shut down in-person instruction for a lengthy period of time during COVID-19, mainly from March 2020 until the fall semester of 2021. This saved them a considerable amount of money.

Despite the hardships caused by COVID-19, the universities still increased various fees while the coronavirus was raging, and UA and NAU both increased tuition for some categories of students. Prior to that, all three schools substantially increased tuition in 2019.

The three universities received generous COVID-19 relief funds. Some of that came from the CARES/Higher Education Emergency Relief Fund (HEERF). While a portion of it was given to the students, NAU also used some of it “to recover costs associated with the significant changes brought on by the global pandemic.” The American Rescue Plan gave $194 million to ASU, $88 million to UA, and $70 million to NAU. The schools were required to use a certain percentage as grants to students, but plenty was left for their own expenses. ASU stated that of the $305 million it received from The American Rescue Plan combined with the Coronavirus Response and Relief Supplemental Appropriations Act, only $134 million was required to give to students. The remaining “$170 million will be used by the University to support itself and make up for financial losses caused by the COVID-19 pandemic.”

Arizona Attorney General Mark Brnovich sued the Board of Regents in 2017 “for dramatically and unconstitutionally increasing the price of base tuition and mandatory fees at Arizona’s public universities by more than 300 percent since 2003.” In 15 years, they increased tuition and fees by 370%, while the consumer price index increased by only 36% and family income increased by only 27%. The Arizona Constitution requires that “the university and all other state educational institutions shall be open to students of both sexes, and the instruction furnished shall be as nearly free as possible.”

Brnovich also challenged the universities on providing in-state tuition rates for illegal immigrants — essentially charging them less than out-of-state American citizens. A Maricopa County Superior Court judge held that the attorney general lacked standing to sue over tuition, but after appealing, the Arizona Supreme Court ruled that his challenge of those in the country illegally receiving in-state tuition was valid, stopping the practice.

The three universities all implemented mask and COVID-19 vaccine requirements during the pandemic, but they have been dropped. The Board of Regents committee that will vote on the hike is holding a virtual public meeting on Monday from 3-5 p.m., which the public may participate in. Comments on the tuition hike may also be submitted to [email protected]

Rachel Alexander is a reporter at the Arizona Sun Times and The Star News Network. Follow Rachel on Twitter. Email tips to [email protected]