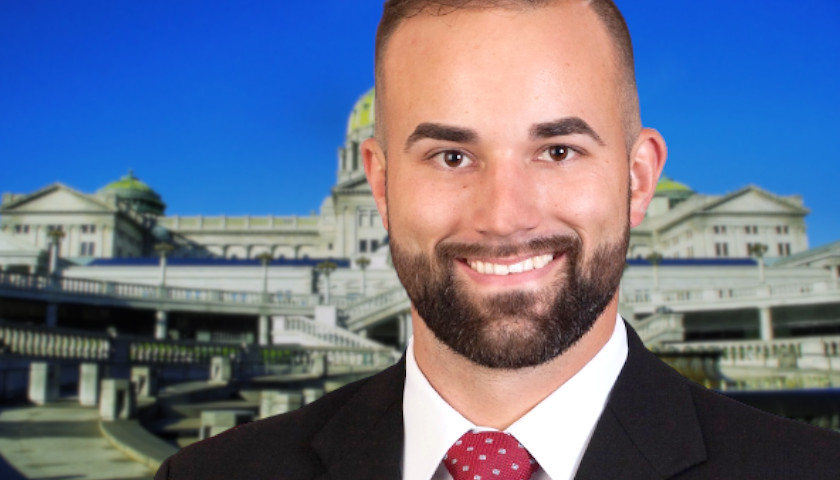 A bill referred to the Pennsylvania House of Representatives Finance Committee last week would amend the state Constitution to allow voters to reject any state-level revenue hike.

The legislation, introduced by State Representative David Rowe (R-Mifflinburg), would place a question on the primary ballot regarding any new tax or fee or any new increase in such levies. Should Pennsylvanians reject a revenue increase, the legislature could attempt to override the voters but would need support from two-thirds of its members to succeed.

“As the financiers of the Commonwealth, our taxpayers deserve to have a direct say in any new tax proposal that will affect them,” Rowe wrote in a memorandum on his bill. “My legislation will give the people an opportunity to vote for or against any new tax, or expansion of an existing tax, allowing them to have direct say over what is being done with their hard-earned income.”

If enacted, Rowe’s legislation would provide Keystone State taxpayers with protection similar to that already in place in Colorado, whose voters adopted the Taxpayer Bill of Rights (TABOR) in 1992. In 2020, Colorado voters strengthened TABOR by applying it to fee increases as well as tax rises.

One feature of TABOR that does not appear in the Pennsylvania bill is a cap on state spending at the cumulative rates of inflation and population growth. State Senator Camera Bartolotta (R-Washington) and State Rep. Ryan Warner (R-Westmoreland) have introduced legislation to that effect in their respective chambers and Rowe is a sponsor of the House version. (Both versions of that measure, known as the Taxpayer Protection Act, have passed out of committee on party-line votes and await consideration by each house).

Currently, Pennsylvania voters have no mechanism to cancel tax hikes themselves. That’s because the state Constitution allows them neither citizen initiative (whereby residents can petition to place laws on the ballot) nor popular referendum (whereby voters may ratify or repeal an act of the General Assembly). Twenty-five states have one or both of these mechanisms.

In order to become law, Rowe’s amendment must pass both houses of the General Assembly in two consecutive sessions, possibly achievable given the GOP’s control of both legislative chambers. The measure would then appear before voters as a ballot question and would need to win the approval of a majority of those voting on the item.

“Allowing the people to have this kind of direct hand in matters that directly affect them is crucial to ensuring that our society stays one that is governed by the people,” Rowe stated.

The Harrisburg-based Commonwealth Foundation (CF), a pro-free-market think tank, voiced support for empowering Pennsylvania voters to curb the state’s ability to tax them.

“Pennsylvania has a high tax burden, and almost no restrictions on elected officials’ ability to raise taxes,” CF Vice President Stephen Bloom told The Pennsylvania Daily Star via email. “Giving hard-working taxpayers a say in how much of their money government takes from them is always a good idea.”

Since joining the legislature in 2019, the representative has been a vocal proponent of lower taxes and spending, standing up to Governor Tom Wolf (D) as well as many in his own party by voting against the Fiscal Year 2020-21 budget because of its four-percent spending hike. Rowe has also criticized the governor for proposing a 16.6-percent increase in spending for the next fiscal year.

Another tax-related effort he is now spearheading is a reduction in Pennsylvania’s corporate net income tax (CNIT) which, at 9.99 percent, is the highest state corporate tax rate in the nation. His CNIT-decrease bill would take the rate down to 7.99 percent beginning in January of next year, then lower it to 6.99 percent in 2026, and finally reduce it to 5.99 percent in 2027.

Twenty-four of Rowe’s fellow representatives have signed onto his CNIT bill as co-sponsors, none of them Democrats. Still, bipartisan cooperation on CNIT reduction could happen soon, as Wolf has suggested lowering the tax as a part of his budget proposal for the next fiscal year. That is, however, far from certain since the Wolf administration has said the CNIT decrease would be the first idea to go if state revenues don’t amount to the administration’s predictions.