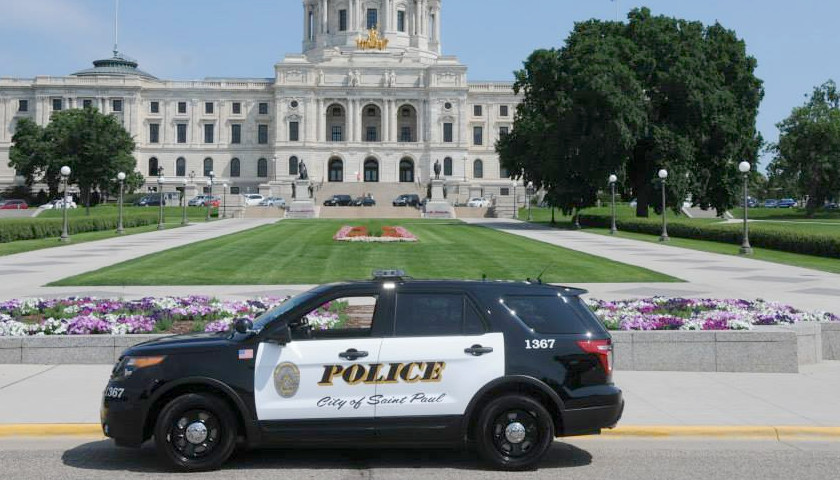 The City of St. Paul will use a $3.75 million grant from the U.S. Department of Justice (DOJ) to hire additional police officers to increase public safety.

In addition to the DOJ money, St. Paul officials will rely on funding from the American Rescue Plan and other city revenue to fully finance the added positions.

In total, 80 police officers will join the city’s police forces throughout 2022.

“We are pleased to accept this grant to support our neighborhood safety efforts,” said Saint Paul Mayor Melvin Carter. “This grant, our ongoing Community-First Public Safety efforts, and the establishment of our new Office of Neighborhood Safety are big steps toward improving public safety outcomes in our city.”

Previously, leaders of the city’s police department begged leaders for more funding to hire additional officers amid an extended crime spike in the region. Chief Todd Axtell said the group has been “losing officers to other agencies that offer higher wages and more robust benefits.”

According to the mayor’s office, the announcement “reflects the continued expansion of Mayor Carter’s Community-First Public Safety Framework, which incorporates balanced investments in policing and an array of strategies focused on addressing the root causes of crime in pursuit of the most comprehensive, coordinated and data-driven approach to public safety Saint Paul has ever endeavored.”

The money from the DOJ is a portion of a larger grant that distributed $139 million to law enforcement agencies throughout the country to help expand positions.

“We are committed to providing police departments with the resources needed to help ensure community safety and build community trust,” said Attorney General Merrick B. Garland of the program. “The grants we are announcing today will enable law enforcement agencies across the country to hire more than 1,000 additional officers to support vitally important community oriented policing programs.”