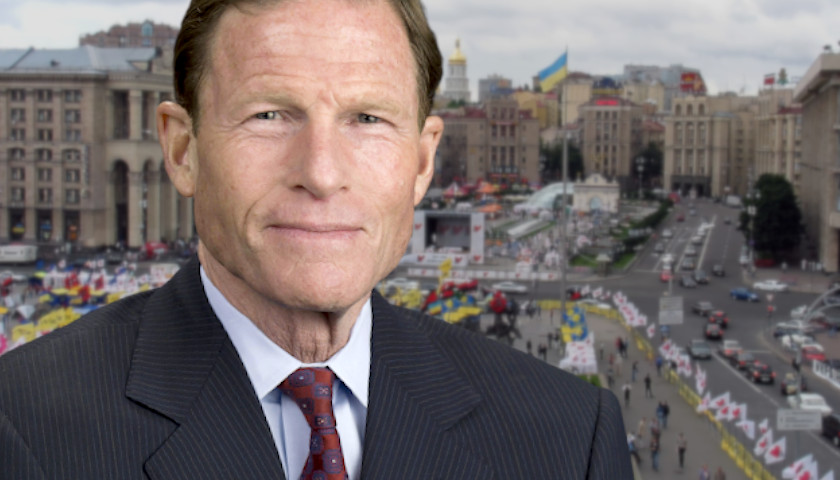 Blumenthal’s remarks, which encouraged the passage of two measures to punish the invading country, follow a bipartisan Congressional visit to Poland and the Ukrainian border.

“If the Ukrainian people have a fair fight on the ground, they will win. They will drive Russia out of their precious land. But right now there is no fair fight. Right now in the skies Putin dominates,” said Blumenthal. “We must make sure that Ukraine stays in that fight, and we can do it if we raise our commitment. I appreciate what the administration has done in its skillful use of public intelligence, its uniting of our allies, its adroit rallying of America, but now is the time to do more, and it must be done urgently. The time is now.”

One provision, which will be introduced by the Connecticut senator and Senator Marsha Blackburn (R-TN), aims to block the sale of Russian oil and gas to western markers and cut the country from the SWIFT financial system.

Additional legislation would allow the president to seize and sell the property of Russian oligarchs, like superyachts and mansions.

“The longer we allow Putin to command the skies in the way that he does now, the longer innocent people will be slaughtered in their homes, in hospitals, in maternity wards, and the longer the world is put at risk of another attack on a nuclear facility that could spread contamination throughout the world and even throughout Europe. The trauma and terror on the faces of those women and children, the tears that we saw will stay with me forever.” the lawmaker added in his address to the U.S. Senate.

Cooper Moran is a reporter for The Connecticut Star and The Star News Network.  Email tips to [email protected]
Background Photo “Ukraine” by Thomas Vogt. CC BY 2.0.