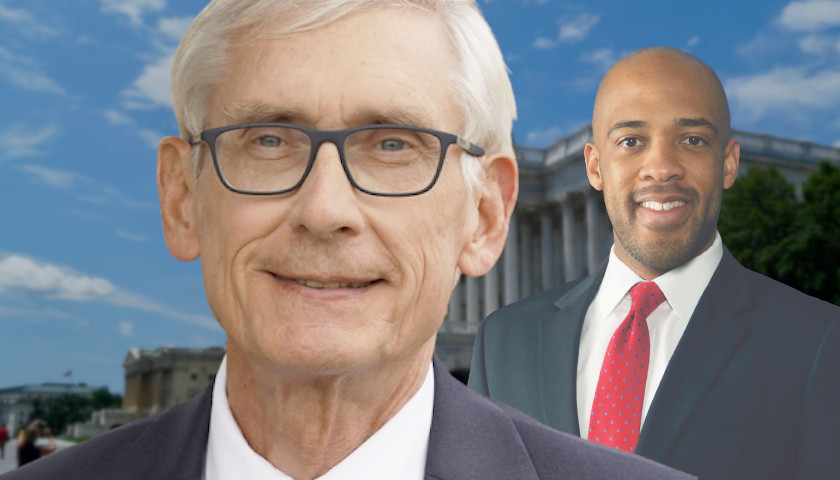 Wisconsin Governor Tony Evers declined to endorse his own Lieutenant Governor Mandela Barnes, who is running for the Democratic nomination in the U.S. Senate race.

At an event hosted by WisPolitics.com, Evers responded to a question, detailing he would not endorse anyone in the contest.

“As the elected leader of the Democratic Party, that’d be wrong. I know a lot of those people. They’re all good people. And so, we look forward to a robust primary and having somebody be actively campaigning to beat the present U.S. senator,” Evers claimed.

State Rep. Jim Steineke (R-Kaukauna) pointed out that the response from Evers seemingly contradicts past statements, as he previously said he would “support any decision” Mandela made on serving the people of Wisconsin.

Barnes is running in a contested primary for the nomination. He is taking on businessman Alex Lasry, State Treasurer Sarah Godlewski, and Outagamie County Executive Tom Nelson.

One poll from Marquette Law School demonstrated Barnes held the lead in the contest. He gathered 23 percent of the support, compared to Lasry’s 13 percent.

Earlier this month, Barnes was unable to name any accomplishments related to his work on climate change during his current role after a student asked him to provide a specific example.

According to the National Republican Senatorial Committee, his response proves he is someone “who constantly blows smoke.”

“Mandela Barnes loves to tout his ‘good work’ for the state of Wisconsin but doesn’t have any accomplishments to show for it. Sounds like he’s just all talk, but that’s old news. This time around he was called out for it and didn’t know how to recover. Wisconsinites need someone who delivers results, not someone who constantly blows smoke,” said NRSC Spokeswoman Lizzie Litzow.

Cooper Moran is a reporter for The Wisconsin Daily Star and The Star News Network. Email tips to [email protected]
Photo “Tony Evers” by Tony Evers.