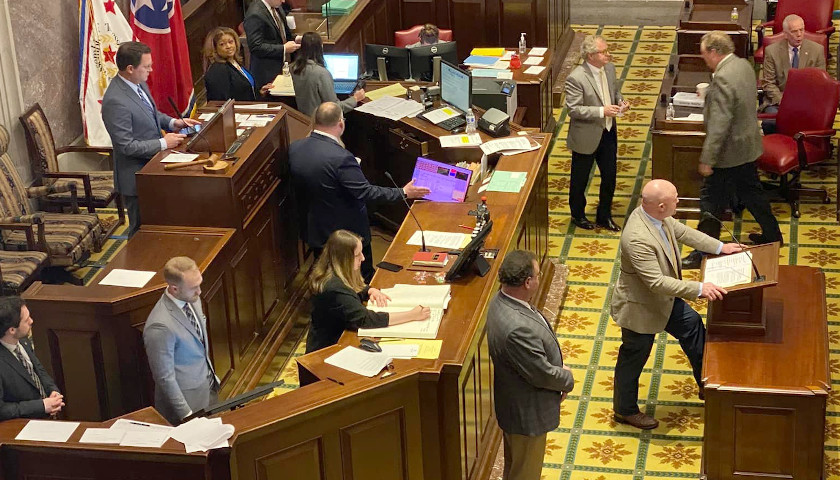 Governor Bill Lee placed his signature on House Joint Resolution 0856, a resolution recognizing the Mission America Foundation for the work the foundation does to combat child and human trafficking.

The Mission America Foundation “is dedicated to eradicating Child and Human Trafficking. We utilize prior military personnel to investigate trafficking leads and providing intelligence to law enforcement agencies. We provide ‘Situationally Aware Fundamentally Empowered’ (S.A.F.E), self defense training to young boys and girls. Our focus is increasing trafficking awareness, through speaking engagements to bring awareness to the domestic trafficking problems that plague this great nation.”

The resolution was carried by State Representative Rusty Grills (R-Dyersburg) in the state House where it passed 83-1. The state Senate approved the resolution 33-0.

Mission America conducts investigations throughout Tennessee to identify possible child sex trafficking victims. “WHEREAS, in pursuit of this worthy goal, Mission America Foundation is conducting investigations throughout Tennessee to identify runaways and missing persons who may have fallen victim to child sex trafficking,” said the resolution.

Finally, the resolution says, “we honor and commend Mission America Foundation for its important work in reducing the incidence of child sex trafficking, rescuing its victims, and prosecuting its perpetrators.”

Co-Chair Aaron Spradlin said, “On behalf of the Mission America Foundation, I would like to thank Governor Lee for affixing his signature, as well as all the state representatives and state senators who voted in favor of adopting House Joint Resolution 856 and acknowledged their support of MAF’s mission to eradicate child trafficking in the state of Tennessee. We are deeply honored, humbled and honored, by this recognition. We would also like to thank State Representative Rusty Grills and his staff for their work to bring this to the attention of the General Assembly, Governor Lee, and the great state of Tennessee.”

Spradlin described the fight against child trafficking and said that the Missional America Foundation will not rest in its quest to protect the children of the United States and Tennessee.

“Child trafficking is a crime against humanity and a blight on the soul of the nation. It harms all demographics, backgrounds, and does not discriminate based on race, sex, income or geographic location. The fight against it is not a political one,” he said. “MAF is proud and honored to be recognized by Governor Lee and the General Assembly, but this is not a time for us to rest easy. MAF will continue to be ever-vigilant and fight against the scourge that harms the children of our nation, our most precious resource.”