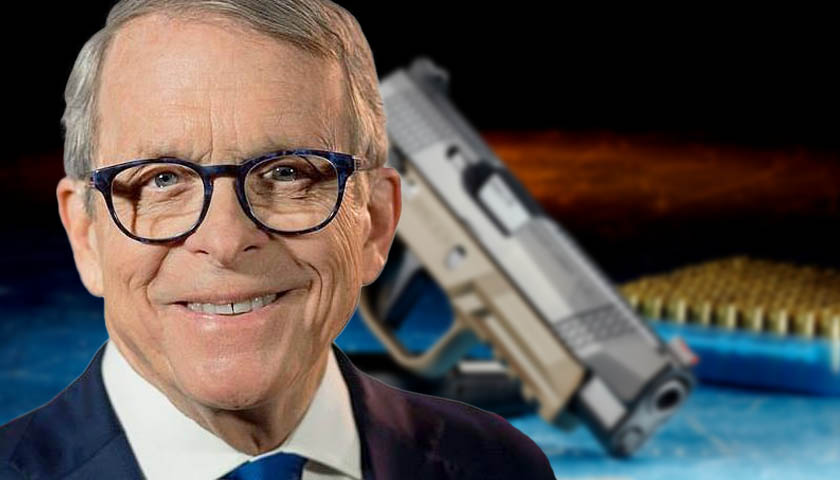 SB 215 became law Monday evening, to the applause of conservative groups in the state and nationwide.

“This is a day that will go down in history,” Dean Rieck, executive director of the gun rights group Buckeye Firearms Association, said in a statement. “It has been about 18 years since Ohio enacted HB 12 to bring licensed concealed carry to the state.”

“NRA thanks Gov. DeWine for signing this critical bill that upholds the Second Amendment in Ohio, for the benefit of law-abiding citizens,” that group said in a statement. “NRA once again thanks bill sponsor Senator Terry Johnson (R-14), Chairman Shane Wilkin of the House Government Oversight Committee, and all the other lawmakers who sent this bill to Gov. DeWine’s desk.”

Opponents of the bill recently sent letters to DeWine, who was tight-lipped about whether he would sign the bill, urging him to veto it.

“On behalf of the House Democratic Caucus, representatives of law enforcement agencies and local officials across Ohio, and the majority of Ohioans who favor commonsense gun safety measures, we urge you to use your executive powers to veto Senate Bill (SB) 215,” one letter, signed by House Minority Leader Allison Russo (D-Hilliard) and three other House Democrats said.

“We stand proudly with law enforcement, mayors, surgeons and doctors, and the overwhelming number of Ohioans who believe there needs to be more stringent oversight of who is permitted to carry a gun in Ohio, not less,” that letter said. “Everyone agrees that we need to keep guns out of the hands of those who should not have them. The enactment of SB 215 will provide an open door way for that offender to get a gun.”

Some of the more prominent groups who opposed the bill were the Fraternal Order of Police (FOP) and the Hamilton County Sheriff’s Office (HCSO).

Neither of those groups returned a comment request Tuesday.

The new law marks the second landmark gun rights legislation for the DeWine administration in just over one year.

In April of 2021, a new “Stand Your Ground” law took effect in Ohio, eliminating the duty to retreat upon being attacked by an assailant.

Pete D’Abrosca is a contributor at The Ohio Star and The Star News Network. Follow Pete on Twitter. Email tips to [email protected].
Photo “Mike DeWine” by Governor Mike DeWine.