Commentary: Under President Trump, We Really Had a Wonderful Life 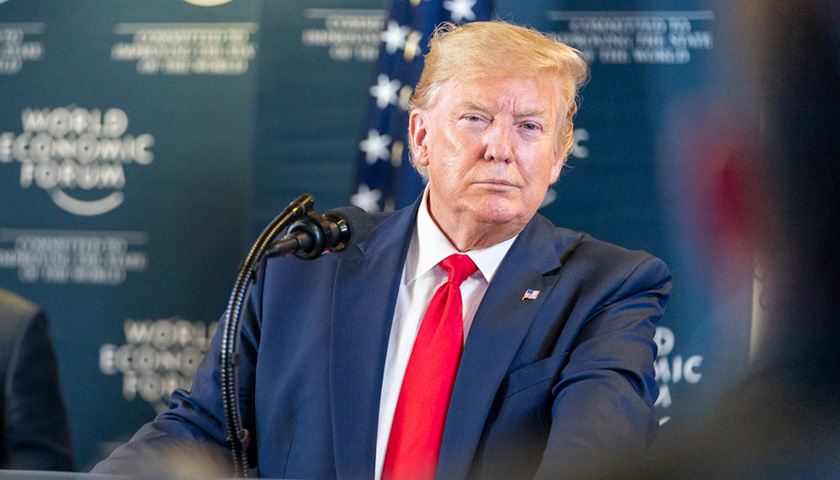 In the film, “It’s a Wonderful Life,” George Bailey is able to see what the world would have been like had he never been born. Everything changes. George wasn’t there to save his younger brother from drowning. And, that in turn, meant that his brother wasn’t there to save the lives of hundreds of men on board a U.S. military troop ship. Everything has a domino effect.

Unfortunately, we get to have a similar experience. We see how one terrible leader imposing his disastrous policies on the American people has negatively impacted every American. We also witness how Joe Biden’s immature foreign policy has produced unrest and war.

And, although we are assured by the Left that the 2020 presidential election was pristine—the best ever—we wonder wistfully what the world would look like had President Trump remained in the Oval Office instead of the blindingly incompetent and malevolent Joe Biden.

Like most Americans filling up their cars at the gas station, my jaw dropped when I filled up the other day at the inflated price of more than $4 per gallon. Before Biden took office and stopped exploration, development, and extraction of oil and gas; before he killed the Keystone XL pipeline project; before he begged oil producing nations that hate us to produce more for us, the average price of gas was around $2.30 per gallon.

Even though demand under Trump and Biden is similar, Biden’s policies have produced a scarcity of gas. The result is higher prices domestically.

And, since every consumer good is trucked throughout the country, higher gas prices have helped cause the upward pressure on prices of our consumer goods. And that includes food!

The fact that Biden’s advisors at first ignored inflation, then said it was temporary, and finally concluded that it was a good thing, indicates a fundamental lack of knowledge of what inflation is and how to bring it back under control.

At the State of the Union, Biden indicated that businesses can simply wave a magic wand:  He wants a crackdown on “greedy” businesses that charge too much.

How about slowing down the devaluation of American dollars that he wants to spend by the trillions?

If you want to bring down consumer costs that are rising through inflation or economic scarcity, unleash the American energy sector and stop throwing trillions of dollars into thin air.

It is hard to wake up from the dream, as George Bailey found out. We keep finding additional ways that President Trump would make America better.

The border under Biden is in a crisis. Ten thousand illegal aliens cross our southern border everyday. Terrorists and violent criminals have been released into the country. Even when unaccompanied children were apprehended, Biden lost track of 20,000 of them.

I miss the days when an active President Trump could bring the border under operational control, Mexico agreed to the “Remain in Mexico” policy, and we had a president who encouraged our Border Patrol and ICE agents to enforce the law, while taking on the Washington swamp.

When I talk to law enforcement, politicians, and residents along the border, they all wish they could wake up from the nightmare of the Biden Administration to find the safety and rule of law they had under President Trump.

Under this administration, the Left criticizes and tries to prevent parental involvement in their children’s education. The Left hides what they are doing, and when parents show up at the school board meetings, they are arrested, threatened, and the police apparatus of the federal government spies on them.

Biden’s attorney general has created a task force and a ranking system for parents, even referring to them as would-be domestic terrorists.

As we try to wake from the Biden nightmare we remember the position of the Trump Administration, that parents should have school freedom, participation, and transparency of curriculum.

In the movie, George Bailey implores his guardian angel to bring him back to life and George’s wish is granted.

Who wouldn’t take some tweets in exchange for energy independence, reduced inflation, an economy that produced more participation—pre-COVID—than any in history, support for police, control of our borders, and support for parents’ supervision of their children’s education?

Who wouldn’t prefer a reality that kept Vladimir Putin, Xi Jinping, North Korea, and Iran in check, and brought stability to the Middle East through the Abraham Accords?

As the angel Clarence told George Bailey, “You see, George, you really had a wonderful life.”

The leftists don’t believe it because they like division and despair, but under President Trump, we really had a wonderful life.

U.S. Representative Andy Biggs, a Republican, represents Arizona’s 5th Congressional District in the U.S. House. He is chairman of the House Freedom Caucus and serves on the Judiciary and Science, Space and Technology committees.
Photo “Donald J. Trump” by Trump White House Archived.