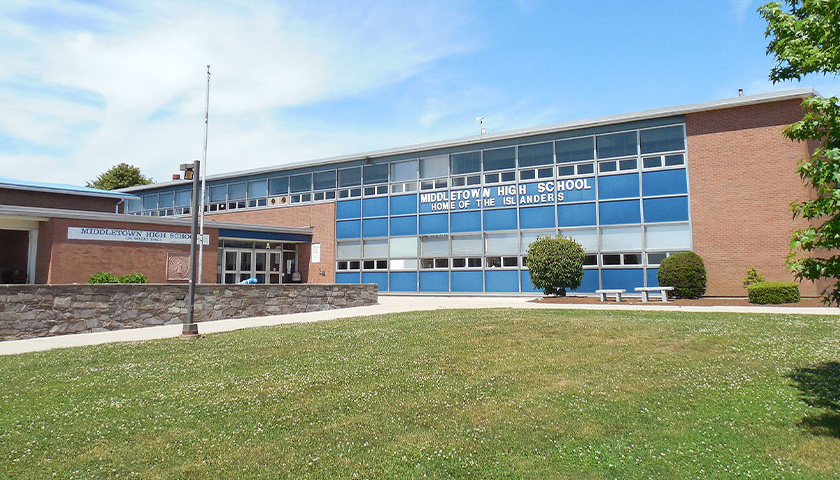 The superintendent of Middletown Public Schools in Connecticut, who has been on paid leave due to an investigation into allegations of misconduct by top district officials, has resigned suddenly, claiming he received threats and a racist letter.

Middletown Police are investigating the letter, that now-former Superintendent Michael Conner has alleged was mailed to him and contains death threats and racist language.

“I am not resigning because of the baseless claims, political posturing, and a one-sided investigation process that is more interested in reaching a result in lieu of finding the truth,” Conner wrote in his resignation letter, posted to Twitter Friday by his wife, Viviana Conner. “The recent threats to my family and myself has [sic] caused me to reevaluate personal priorities. At this time, my priority is family.”

“Thank you everyone for your calls,” Conner tweeted to his followers. “With the new developments of district leaders from a neighboring town involved in the plot, coordination with city officials/white supremacy, and racism at its core, I want to do real work. Not worry if I am going to be alive. Moving on!”

According to the Middletown Press, Police Lieutenant Brian Hubbs said Conner filed a police report regarding what he referred to on Twitter as a “hate crime ‘packet.’”

Since the investigation is ongoing and no charges have been filed, CT Post said it is “withholding the identity of the person whose name and signature appeared on the cover letter to the packet mailed to Conner.”

The screenshots of the letter posted to Twitter contained highlighted passages, including lyrics from Simon & Garfunkel’s “The Sound of Silence.”

The letter presented in the screen shot also said the writer was including “a grouping of inspirational quotes by the Rev. Martin Luther King Jr.”

According to CT Post, Viviana Conner described the material as racist, hateful and threatening, and said she believed media coverage of the school board investigation has “emboldened” and “enabled” the writer of the letter.

Dr. Conner has provided his notice of resignation as Superintendent of Middletown Public Schools to Chairperson Deborah Cain. On behalf of the Board, Chair Cain accepted Dr. Conner’s resignation, effective immediately. The Board wishes Dr. Conner well in his future endeavors.

In October, parents and members of the community in Middletown signed an online petition requesting “due process” to address allegations, made by several labor unions representing public school employees, of workplace harassment, retaliation, and intimidation by school district administrators.

As Fox61 reported November 1, Middletown’s Office of Equal Opportunity and Diversity Management discovered some examples of allegedly concerning behavior. Faith Jackson, director of the city agency, recommended the board of education place those individuals “instrumental in the creation of a hostile work environment” on paid administrative leave until an independent investigation could be conducted.

Jackson also suggested the option of placing the superintendent alone on paid leave until the investigation was completed.

Following a special board meeting to weigh the allegations by current and former employees about intimidation, harassment, and retaliation by central office senior management, Conner was placed on paid leave October 18.

“There’s a lot of us that worked here that were treated very badly and had to leave for our health,” Jim D’Antonio, former custodial manager for the district, said during a rally outside the board meeting, according to Fox61. “People that wouldn’t speak up because they’re afraid to. There’s so many things that have been going on here for years and it’s always swept under the rug.”

Others rallied in support of Conner, stating the employees’ complaints of alleged harassment, intimidation, and retaliation were racially motivated.

“He is the first black superintendent here in Middletown,” Erica Hunter said.

“The accusations being made against him, if he was not a black man, they would not be making them,” agreed David Roane.

But Bill Wilson responded, “No, this is about right and wrong.”

“And I think that’s the biggest part that people are missing,” he added. “This is not about any race or anything like that, this is about, if this is happening what can we do about it?”

When you KNOW people closely connected to the man that sent the “hate manifesto” to my house had his “friends” or third party to neighbors that work in City Hall participant [sic] in the investigation to “get rid” of me because I was black. Racism?

Being raised by four black women built an amazing foundation for who I am today. They are my giants — the shoulders I am standing on. Lets us continue to discuss — in classrooms as well — the shoulders of women who demonstrated progress, voice, and strength.#ChangeTheWorld pic.twitter.com/cxBVlJnsHS

“Being raised by four black women built an amazing foundation for who I am today,” Conner wrote. “They are my giants — the shoulders I am standing on. Lets [sic] us continue to discuss — in classrooms as well — the shoulders of women who demonstrated progress, voice, and strength.”