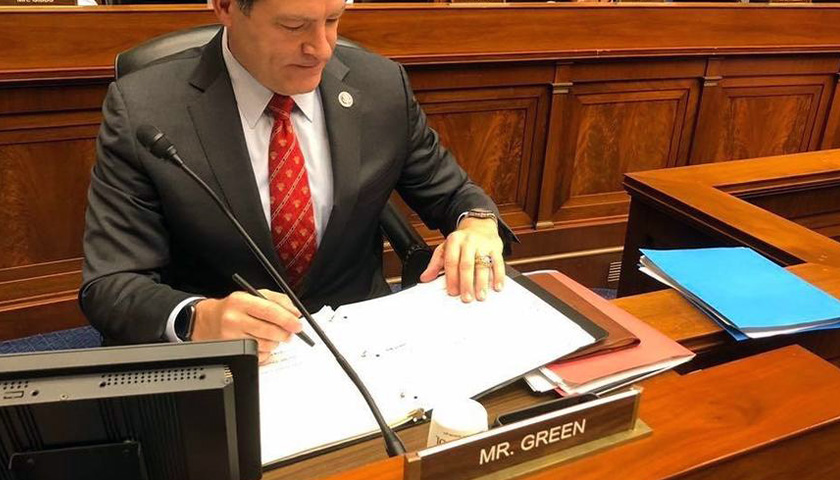 Both Democratic and Republican lawmakers have expressed support for banning the purchase of Russian oil amid the country’s unprovoked invasion of Ukraine. However, the Biden administration has remained hesitant to make the decision.

Instead, the members of Biden’s team have not denied the idea of purchasing oil from Iran or Venezuela. When asked about financially engaging with Iranian energy, Secretary of Transportation Pete Buttigieg said that all options are “on the table.”

Furthermore, according to a report from The Wall Street Journal, officials are meeting with leaders of Venezuela to discuss exporting oil, despite the fact the regime has been closely aligned with Russia.

However, Green’s legislation would block these transactions. He has consistently argued that American oil and gas production is the best way to decrease dependence on other countries.

“The United States should not be directly or indirectly funding Vladimir Putin’s invasion of Ukraine by purchasing their oil and gas. It is critical we stand strong and ban Russian oil. At the same time, it would be outrageous to even consider buying oil from Iran or Venezuela. It’s preposterous that the Biden administration is even considering reviving the Iran Nuclear Deal. It’s past time for us to take advantage of America’s abundant natural resources and become energy independent — and it’s time to cut off tyranny and totalitarianism at the knees around the globe,” Green said in a statement.

Furthermore, Green has spoken out against Biden’s handling of the Russia-Ukraine conflict.

“Vladimir Putin’s end goal has been on display for some time now. Instead of swift, crippling sanctions, the Biden administration chose the wait-and-watch approach. In the midst of destabilizing Russian aggression, the time for action was months ago. We all witnessed Putin’s false flag propaganda play out — just like U.S. intelligence officials predicted. This invasion has been anticipated for weeks,” he said.

Cooper Moran is a reporter for The Tennessee Star and The Star News Network. Email tips to [email protected]
Photo “signing legislation” by Dr. Mark Green.