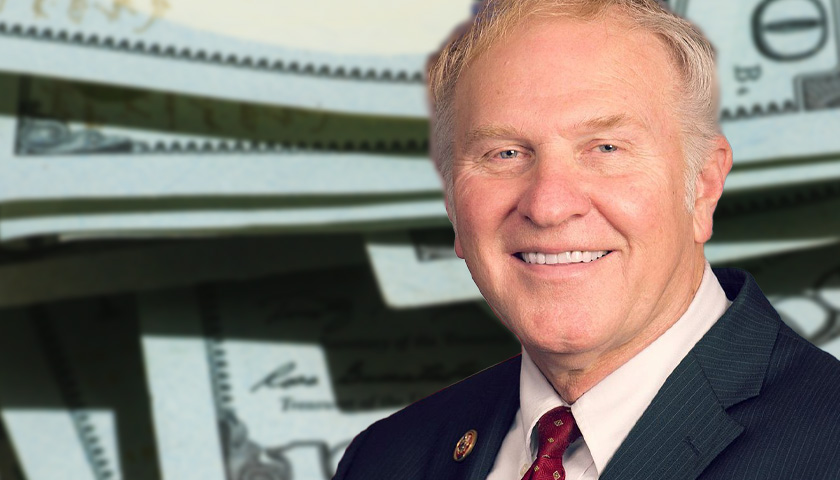 James Schwartz, a Cincinnati-based political consultant, was sentenced to two years in prison for embezzling roughly $1.4 million from the campaign of U.S. Representative Steve Chabot (R-OH-01).

According to a release from the Department of Justice (DOJ), Schwartz utilized his companies Fountain Square Group LLC and Prime Media LLC to conceal the improper payments from 2011 to 2019. Furthermore, he served as the “de facto treasurer” for the campaign.

“Simply put, when he ran low on money, Schwartz cut himself a check from campaign funds that he did not earn,” U.S. Attorney Kenneth L. Parker said. “For close to 10 years, Schwartz fraudulently lined his own pockets at the expense of the entity he was hired to help further.”

However, his criminal activity was discovered during a 2019 audit by the Federal Election Commission (FEC).

“Schwartz created and submitted false receipt and disbursement records to an FEC audit team; Schwartz fabricated bank statements; he falsified e-donation reports and created a fake email from an e-donation vendor to conceal the fake e-donation reports; and he began writing fake checks to match the fictitious bank statements, which were prepared to match the prior false filings with the FEC,” the DOJ release explained.

During the audit, the consultant self-reported his various crimes.

“Congressman Chabot and his campaign thank the prosecutors and members of law enforcement who worked on this case for their dedication to delivering justice,” said Chabot for Congress attorney Megan Sowards Newton in a previous statement. “The campaign was deeply disappointed to learn the scale of Mr. Schwartz’s crimes and is grateful to all the officials involved for bringing this matter to its appropriate resolution.”