Hoffman Wants New Law Gutting Precinct Committeemen Gone: ‘We Need a Full Repeal of This Thing – I Am Ticked Off’ 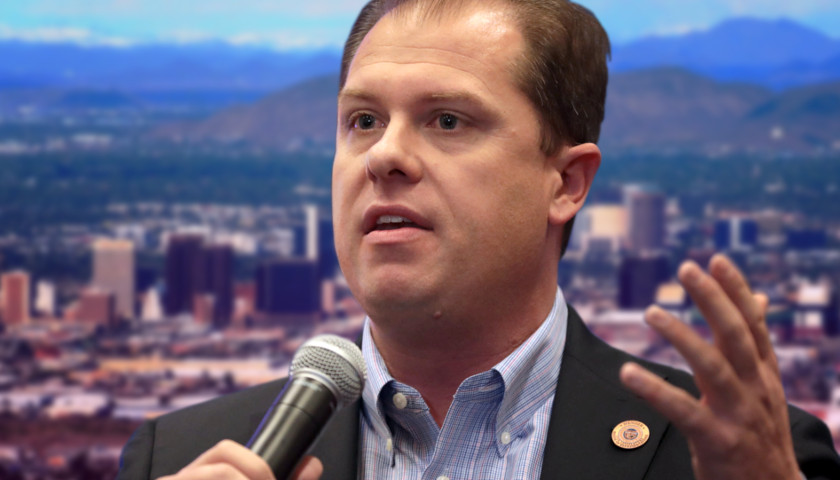 The only Arizona House member with a 100 percent rating on the American Conservative Union scorecard told the Arizona Sun Times he is infuriated by the deceptive tactics used Thursday to pass an emergency bill decimating the state’s party precinct committeemen (PCs).

“I spent most of the day yesterday working on how to resolve the issue with HB 2839 and the insane provision to strip PCs of their elected status and totally circumvent the PC elections,” said State Representative Jake Hoffman (R.-12th District), who won his seat in 2020.

“Our PCs are too darned important. We need a full repeal of this thing – I am ticked off.”

In addition, the PCs are no longer elected; instead, they are appointed by the party’s county chairmen.

All weekend, the vice-chair of the Arizona House’s Committee on Government and Elections said he was on the phone with Republican legislative leaders telling them that he is furious about the bill and how it went down.

New law strikes a blow to the Precinct Strategy movement

“Our PCs are the heart and soul of the party,” Hoffman said.

“They are the grassroots,” he said. “They are the workhorses that work their butts off to make sure our platform reflects our values and reflects the values of our country.”

Hoffman said he had been actively involved in precinct committeemen recruitment for more than a year.

Friday, the state representative said he hosted a cookout at his house for 120 recruits for precinct committeeman slots.

Hoffman said it is outrageous that such a radical change would be cloaked in legislation.

“This provision was snuck into the bill unbeknownst to most members,” he said.

At the heart of the deception was in the of printing the bill for House members to read in advance of the vote, he said. It is the practice for bills up for consideration to be printed in three colors: red, for language deleted from current law; blue, in all caps, for language that is new or additional language to existing law; and all other language in black.

The copies of House Bill 2839 printed for legislators to review had the precinct committeemen language in black, so it was glossed over, Hoffman said.

“The reason why this matters is that leadership has been pushing through upwards of 80 to 105 bills a day,” he said.

Roughly 10 House members asked questions about the bill, but none asked about the PC language because everyone was focused on the red and the blue language, he said.

“Members were lied to,” the graduate of Arizona State University said.

Another part of the deception was the whisper campaign on the House floor when lawmakers were told that the Republican Party leadership was backing the bill, he said.

“We were told that the party supported the bill, which has proven to be false, and that this was intended to fix the utter mess Katie Hobbs has made of our election procedures for 2022,” he said.

This was another lie, he said.

“Since the bill passed, that has clearly come out to be a fabrication,” Hoffman said. “The party is livid about this, as they should be – as I am,” he said.

The conservative state representative said he is already tracking down the staffer or staffers who put the new language in black – and who gave the order.

“I want to know where that came from.”

Neil W. McCabe is the national political editor of The Star News Network, based in Washington, D.C. He is an Army Reserve public affairs NCO and an Iraq War veteran. Send him news tips: [email protected] Follow him on TruthSocial and GETTR: @ReporterMcCabe.
Photo “State Rep Jake Hoffman” by Gage Skidmore CC2.0.