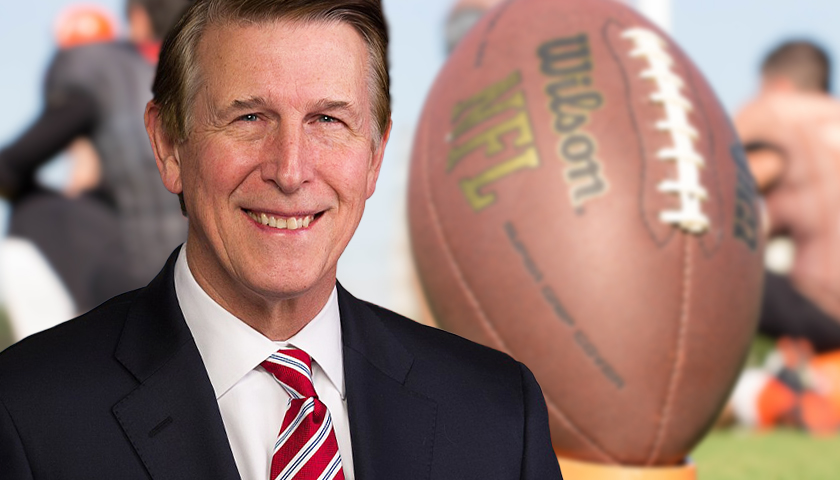 Representative Don Beyer (D-VA-08) is sponsoring legislation to eliminate the federal tax-exempt status of municipal bonds that are used to finance professional sports facilities. In an announcement, Beyer, and cosponsors Representative Jackie Speier (D-CA-14) and Representative Earl Blumenauer (D-OR-03) explicitly identified the Washington Commanders, who are looking for a new stadium site in the greater Washington, D.C. area.

“Super-rich sports team owners like Dan Snyder do not need federal support to build their stadiums, and taxpayers should not be forced to fund them,” Beyer said in a February 22 press release. “Billionaire owners who need cash can borrow from the market like any other business. Arguments that stadiums boost job creation have been repeatedly discredited. In a time when there is a debate over whether the country can ‘afford’ investments in health care, child care, education, or fighting climate change, it is ridiculous to even contemplate such a radical misuse of publicly subsidized bonds.”

After being approached by the team, Virginia state legislators are finalizing a bill that will include state tax incentives for the stadium to attract the team, in the hopes of getting big returns in tax revenue from associated businesses.

State House Finance Chair Barry Knight (R-Virginia Beach), introduced the House of Delegates version of the bill to create an authority that takes on financial liability for the stadium. Knight previously emphasized that he only wants the project to go forward if it’s the best deal for Virginia.

On Thursday, he told The Virginia Star that he’s not concerned by the federal legislation, but that municipal bonds aren’t the only financing option for the project.

“They could secure financing through a number of means, and all I’m doing is putting forth to where they can get sales and use tax recaptured,” Knight said. “After I create the authority, then it’s incumbent on them to go get the best financing means they can and to pay back, and then it’s up to the team and the authority.”

Knight noted that Congress moves slowly and that the bill might not be passed in time to affect a potential Washington Commanders stadium.

Snyder and top team officials have been facing ongoing criticism over sexual harassment allegations. New allegations surfaced in February during a congressional round table, according to ESPN. That’s been a sticking point for a few Virginia state Democrats, and Speier cited the allegations in the press release.

“The NFL has proven once again that it can’t play by the rules. As such, taxpayers-subsidized municipal bonds should no longer be a reward for the Washington Commanders and other teams that continue to operate workplaces that are dens of sexual harassment and sexual abuse,” Speier said. “There is no reason why these teams—the average of which went up in value to $3.48 billion in 2021, according to Forbes—should have American taxpayers footing any of their bills. It doesn’t make economic sense, and it’s particularly galling given the league’s longstanding failure to address issues of sexual harassment and sexual assault as well as on-going racial and gender discrimination and domestic violence.”

State Senate Majority Leader Richard Saslaw (D-Fairfax) is sponsoring the state Senate version of Virginia’s stadium authority bill, but on Wednesday, VPM reported that both Saslaw’s office and the Senate Finance Committee have resisted efforts to get copies of financial projections of the proposal.

“Taxpayers should not be paying for multi-billion-dollar stadiums on behalf of billionaires,” Public Policy for Sports Fans Coalition Deputy Director Earl Ash said in Beyer’s press release. “Sports Fans Coalition wholeheartedly supports the No Tax Subsidies for Stadiums Act. There is no reason why a Montana sports fan should have to fund a sports stadium two states away, let alone any taxpayer subsidize a stadium anywhere.”