Commentary: The Russia-Ukraine Conflict Has the Potential to Turn into Another Forever War 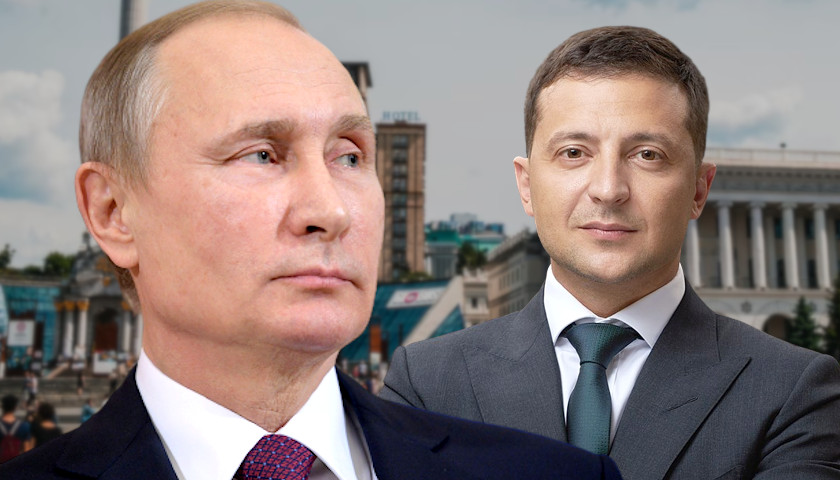 According to the criteria for their respective medals, the Iraq War that began in 2003 lasted more than eight years; yet the U.S. war in Afghanistan, which commenced just weeks after the terrorist attacks of September 11, 2001, has lasted more than 20 years. And despite the U.S. withdrawal, the destruction of the U.S.-backed government in Kabul, and the loss of so much equipment to the Taliban, that war still has, at this writing, no official end date.

A week in to the latest Russian invasion of Ukraine may seem a bit too early to prophesize, but the intransigence of the parties—both of which are fighting for vital national interests—and the diplomatic, economic, and logistic intervention of the United States and allies on the side of the militarily weaker Ukrainians, will likely ensure a very long conflict.

Vladimir Putin’s case for his current invasion might be meritless, but is not without arguments that are persuasive to the parties involved. Fact is, the United States helped overthrow a democratically elected Ukranian government in 2014 to install a more pro-Western faction, and Ukrainian factions—including the armed neo-Nazi Azov Battalion—have done terrible things to pro-Russian Ukrainians. For the Ukranians, the fundamental grievance is the Russian invasion of 2014 and annexation of the Crimea, a brutal and wanton violation of their 1994 undertaking in the Budapest Memorandum to respect the existing post-Soviet borders of Ukraine in return for Ukraine’s nuclear disarmament.

But Americans should be concerned that this conflict is likely to go on for decades. Ukrainian President Volodymyr Zelenskyy has become an international hero for his defiance of Putin. He therefore has every personal incentive to secure his place in the long line of intransigent-but-failed Ukrainian national leaders by persisting in confrontation until Russia has withdrawn from the internationally recognized boundaries of Ukraine. Any softening on his part could result in his being overthrown by an even more intransigent rival. Thoughts of the fate of his predecessor Viktor Yanukovych, overthrown in a U.S.-backed “revolution” for refusing closer relations with the West, not to mention South Vietnamese President Ngo Dinh Diem, overthrown and murdered by U.S.-backed officers in a 1963 coup, will keep Zelenskyy and his successors firm until one side or the other achieves victory.

Yet even were such a victory ever to be achieved despite the vast inequality of force between Ukraine and Russia, future Russian leaders would never be reconciled to it. Even if the costs and failures of this invasion drive Putin from power, he would be replaced by a Russian leader no less determined to project Russian power into what Russians call the “near abroad,” the states that were once part of the Soviet Union.

In his last spasms as Soviet leader, Mikhail Gorbachev sent troops to Lithuania; and Boris Yeltsin—the liberal hope—who, having started the bloody first Chechen war within the international boundaries of Russia, also continued Russian occupations in breakaway regions of Georgia and Moldova. Putin’s successors might not be as wily or as aggressive, but they will share the same view of Russia’s national interest.

What is the real American interest in a Russia-Ukraine war? It would be good if Russian aggression were to fail, and if the fruits of the previous 2014 aggression were to be stripped from Russia. Russian nuclear might, however, makes the Biden Administration as powerless to achieve those ends in 2022 as the Obama Administration was in responding to the previous invasion of 2014.

A more fundamental and attainable American interest is that the U.S. intelligence, diplomatic, and military bureaucracies should exert their influence both for the security of the Kyiv government and for a settlement of all issues between Russia and Ukraine that neither side has the interest or the ability to reverse.

The pious hopes, bureaucratic inertia, and outright bribery and corruption that have so far driven the United States into backing Ukrainian intransigence, thereby ensuring the persistence and worsening of the conflict, need to be replaced with sober realism, disinterested American patriotism, and a president sufficiently ruthless and bureaucratically savvy that he can make American officials exercise his policy and not their “interagency consensus.”

It is foolish and possibly civilization-ending for the United States to insist on confronting Russia where Russia, whatever her future ideological guise, has vital interests at stake and the United States does not. The United States and Russia are now closer to mutually assured nuclear destruction than they have been since the Cuban Missile Crisis of 1962. Even if Ukrainians are prepared to fight forever to regain Crimea and the Donbass region from Russian rule, it is utter folly for the United States to back up their hero Zelenskyy by wagering Chicago, Miami, and New York.

The rewards of intransigence and the dangers of compromise are crystal clear to the Ukrainian president and his supporters. The United States should be working to lower the stakes by assuring Zelenskyy that his life and his rule will be sustained by the United States—even if, in the face of every temptation of fear and fame but in obedience to brutal inequalities of power and population, he seeks the path to compromise with the Kremlin.

Michael S. Kochin is Professor Extraordinarius in the School of Political Science, Government, and International Relations at Tel Aviv University. He received his A.B. in mathematics from Harvard and his M.A. and Ph.D. in political science from the University of Chicago. He has held visiting appointments at Yale, Princeton, Toronto, Claremont McKenna College, and the Catholic University of America. He has written widely on the comparative analysis of institutions, political thought, politics and literature, and political rhetoric. With the historian Michael Taylor he has written An Independent Empire: Diplomacy & War in the Making of the United States (University of Michigan Press, 2020).
Photo “Vladimir Putin” by Kremlin.ru. CC BY 3.0. Photo “Volodymyr Zelensky” by President.gov.ua. CC BY 4.0.