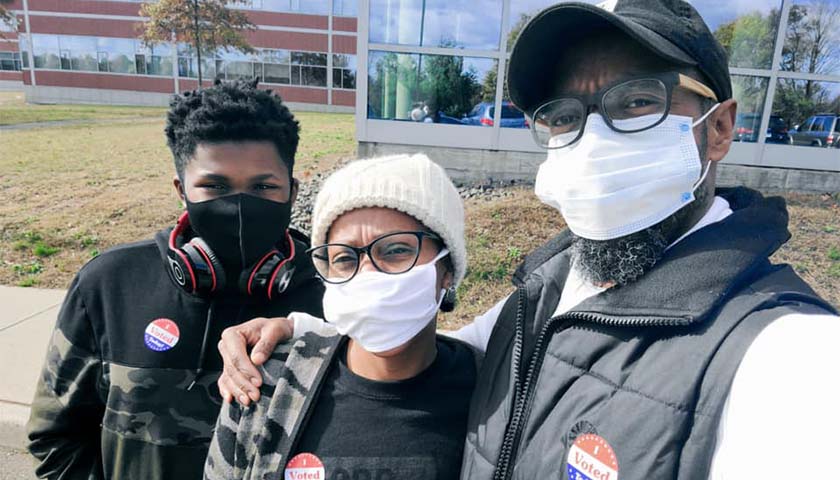 Although Connecticut Governor Ned Lamont (D) allowed the statewide school mask mandate to end on Monday, the Hamden Board of Education (BOE) voted that evening to indefinitely extend its requirement.

Cesare pushed to assign a sunset date to the mandate, a move the board rejected with the same 5-to-3 majority. Kaplan indicated that school directors may revisit the matter in the spring.

Superintendent Jody Goeler announced at a meeting three weeks ago that a subcommittee of the district’s medical committee would make recommendations on mask policy. At this week’s meeting, Goeler said that the new panel acknowledged it had to contend with the realization that masks can cause problems rather than merely alleviate them.

“As a committee, we discussed which is overriding: harm in wearing a mask — social development, educational impact or other — versus the harm in not wearing a mask, which would be risk of disease transmission,” he told attendees. “Certainly, there is impact either way, and one of the things the committee tried to wrestle with, or at least understand in context, was [that] wearing a mask has impact. Some have expressed it as ‘psychological impact’; certainly, there’s educational impact when students can’t see the teacher’s mouth in certain activities where seeing the teacher’s mouth enunciate words would be important.”

Goeler also admitted that students suffer in terms of social development when they cannot see each other’s facial expressions.

COVID-19 cases have plummeted in the Constitution State and daily death totals are now at a seven-day moving average of 17. As the BOE considered whether to continue coerced masking, the superintendent noted that coronavirus infections per 100,000 in New Haven County have declined significantly from their peak at 270.5 on January 13 to 12.7 on February 24. By CDC metrics, the viral transmission rate in the county is deemed “low.”

Goeler, however, observed that COVID vaccination rates in Hamden are lower than those in other towns in the Quinnipiack Valley Health District (QVHD), i.e., Bethany, North Haven and Woodbridge. Despite that, QVHD reports that, as of February 11, 100 percent of Hamden residents who are 65 and older — the age cohort most vulnerable to COVID — were fully vaccinated, while 83.41 percent of those ages 45 to 64 were. Meanwhile, 41.57 percent of those between 18 and 24, as well as 77.38 percent of those between 25 and 44, were vaccinated.

As of Monday, 39.72 percent of Hamden children ages 5 through 11 have received both vaccine shots while 55.75 percent of those aged between 12 and 17 have gotten them. No children have died in Hamden as a result of the coronavirus.

Ultimately, the superintendent described COVID’s presence as “no longer a crisis” but rather a “public-health event.”

In speaking for nixing the mask mandate, Walsh said he believes face coverings in schools do not discernibly prevent viral transmission, particularly insofar as their use has been inconstant.

Kaplan spoke in favor of continuing the face-covering requirement, citing the fact that the COVID vaccines have yet to gain federal approval for children age 4 and younger. She also said teachers have voiced persistent fear of the virus, their ability to get vaccinated themselves notwithstanding.

“We need to be mindful of our educators who also worry about their own safety and that of their families,” she said. “Lifting the mandate will very likely increase faculty transmission, resignations and school closures.”