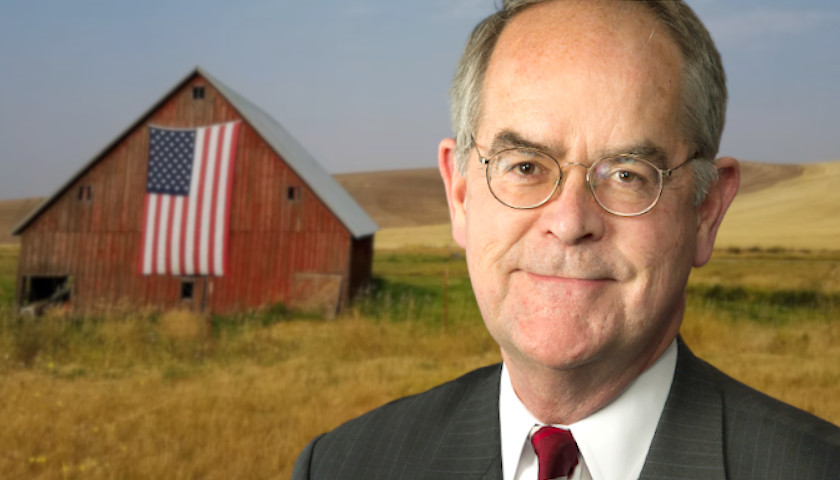 “There are other things we could do for rural voters, but primarily it is a values question. Senator [Daniel Patrick] Moynahan said ‘The central conservative truth is that culture trumps politics. The central liberal truth is that politics eventually can change culture,’” Cooper told the network.

“We need to remember that.”

Cooper went on to suggest Democrats can attract more rural voters by getting “rural broadband out to everybody.”

“Rural voters want leadership and someone who understands their problems., I was raised in a small town of about 20,000 people, in Shelbyville. They gave me roots. They gave me values, and that is what rural people appreciate the most. Above all, they do not want to be talked down to, especially by someone who went to Harvard. I understood that from the beginning,” Cooper said.

“Right now, I largely represent Nashville, and that is a city that is larger than seven states, larger than Wyoming, for example, or Vermont or Montana or South or North Dakota. Each of those states have two U.S. senators. That gives them a huge advantage in the U.S. Senate. In general Democrats need to reach out to rural areas. There are no farmers’ markets without farmers. We have to remember that.”

Cooper recently decided to retire from Congress because of the redistricting plans which passed the General Assembly.

This comes in the wake of the Tennessee General Assembly’s passage of the new redistricting maps, which split Nashville amongst three congressional districts. Under the old maps, the city of Nashville comprises the bulk of the Fifth Congressional District.

Chris Butler is an investigative journalist at The Tennessee Star and The Georgia Star News. Follow Chris on Facebook, Twitter, Parler, and GETTR. Email tips to [email protected]