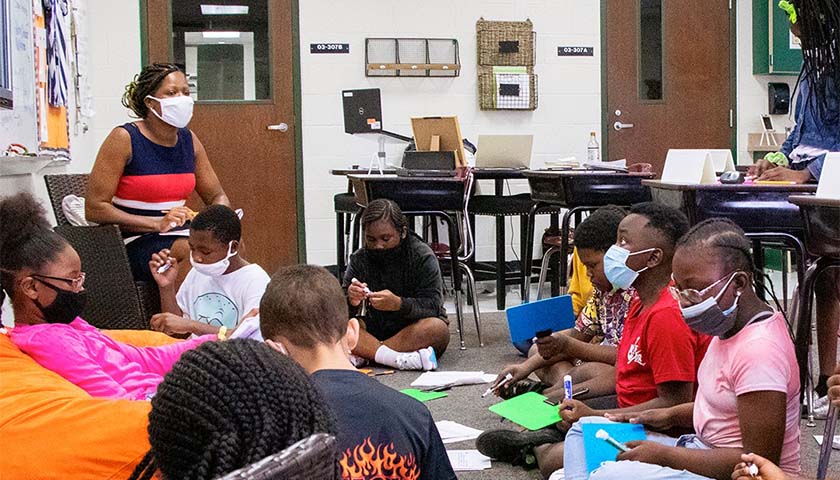 A proposed amendment requiring parental involvement when gender and sexuality issues arise at schools was withdrawn after LGBTQ advocates argued that informing parents could be dangerous to students.

The amendment, sponsored by State Representative Joe Harding (R-Chiefland), required school officials to facilitate a meeting between a student and parents to disclose child-specific information.

The amendment states that the “school principal or his or her designee shall develop a plan, using all available governmental resources, to disclose such information within six weeks after the decision to withhold such information from the parent.”

Florida State Representative Carlos Smith (D-Orlando), an outspoken LGBTQ advocate, said the amendment would “make it even more dangerous for vulnerable kids with a STATE-MANDATED outing of LGBTQ students to parents, specifically in cases of abuse, abandonment + neglect. This will have devastating consequences for our youth.”

This position – that parents should not be notified when these issues arise – has been integrated with policies in many school districts throughout Florida via LGBTQ guides.

For example, in Palm Beach County, an LGBTQ guide directs a teacher, guidance counselor, or administrator, to respond to parents who seek information about their child by saying, “Based on our policy and federal guidelines, I cannot divulge whether your child and I have had any such confidential conversations, as even students are legally afforded rights of privacy.”

And in Leon County, after complaints from parents, Superintendent Rocky Hanna directed school officials to contact parents when addressing gender issues with students unless a student is in danger. School officials had previously told parents they were not required to be notified of an intervention based on state law and Leon County School (LCS) guidance.

In addition, opponents of the amendment see school administrators and teachers as the caregiver for students who are experiencing gender issues and do not want to talk to their parents.

For example, Jon Harris Mauer, public policy director for Equality Florida, an LGBTQ advocacy group, told a reporter that schools may be the only safe place for kids to talk about their sexuality,

This approach is also evident in the guidance provided in schools.

In Palm Beach County schools, teachers are advised to “include affirmative topics about LGBTQ+ persons in curriculum and classroom discussions. No parental notification is needed for these classroom discussions, as LGBTQ+-inclusiveness does not constitute a discussion about human sexuality or family life.”

Teachers are also advised not to share certain information with parents when talking to them about the student. One guide notes that “a student could be out at school, but NOT out at home. Furthermore, students have a legal right to privacy and confidentiality when it comes to their sexual orientation and gender identity.”

If the Parental Rights in Education bill passes, it will have an impact on the current policies and recommendations outlined in the LGBTQ guides in use across Florida.

For example, Leon County Schools recently removed their guide from their website and appointed a review committee to evaluate what policies should be included. However, the committee has been directed to wait until the Florida legislative session concludes to begin their work.