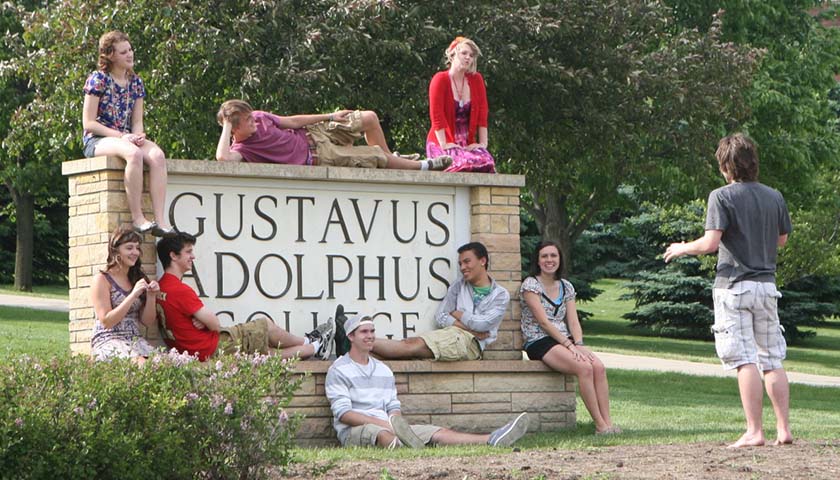 Gustavus Adolphus College intended to hold its “People of Color & International Faculty and Staff Appreciation Lunch” on Friday, Feb. 25, but Mark Perry, a man who has filed civil rights complaints against more than 400 colleges and universities since 2018, caught wind of the event and took swift action against it.

Perry, emeritus professor of economics at the University of Michigan-Flint, filed a complaint alleging the luncheon violated Title VI of the Civil Rights Act of 1964, which prohibits race-based discrimination in programs or activities that receive federal funding.

Alpha News had reported on the no-whites-allowed event and Perry’s complaint on Feb. 11. Just one week later, however, Gustavus Adolphus College canceled and replaced the event with a “Black History Month Luncheon” where everyone is welcome, The College Fix reported.

The Black History Month Luncheon takes place at the same time, on the same day, and in the same room as the previously scheduled event.

In a statement to Alpha News, Perry said hundreds of college institutions follow a “predictable but disturbing pattern” in their violations of federal civil rights legislation.

“Colleges and universities like Gustavus actively and routinely violate Title VI and Title IX assuming that their illegal discrimination will go unnoticed and unchallenged,” he said. “Then when their illegal activities get reported to the Office for Civil Rights and also when they receive media attention, the schools quickly and reluctantly make changes to comply with federal civil rights laws and avoid penalties that could include losing federal funding.”

“Therefore, it’s disturbing that Gustavus only ended its illegal discrimination in response to my Title VI complaint and subsequent media coverage in Alpha News when it would have otherwise held a racially-segregated event on its campus on Feb. 25.”

Affiliated with the Evangelical Lutheran Church in America, Gustavus Adolphus also decided last October to rename its arboretum because its namesake, Carl Linnaeus, was found to be too closely associated with “scientific racism.” Linnaeus, often called the “father of taxonomy,” is considered one of the most influential scientists in world history due to his pioneering classification system.