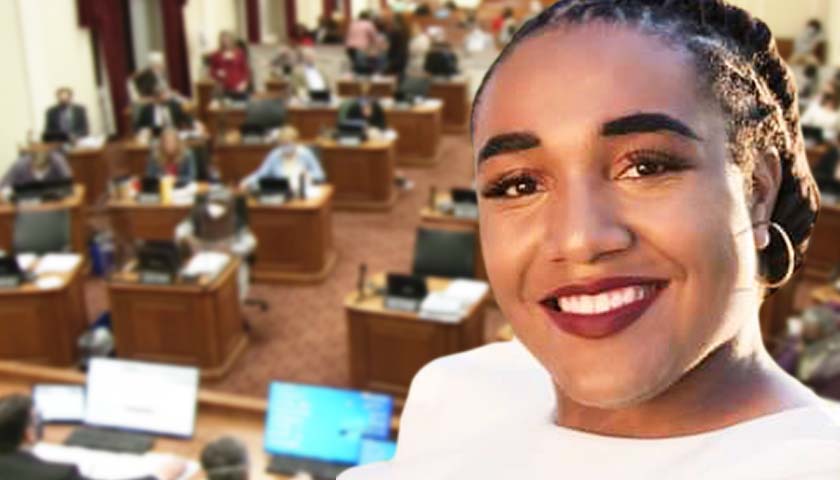 The Metro Nashville City Council appointed a progressive trans-activist to fill one of two vacancies on the Community Oversight Board. Three candidates – one of whom was Jamel R. Campbell-Gooch – were vying for the nod by the Council at its February 15th meeting.

Maxine Spencer, a progressive trans-activist nominated by far-Left community organizing group Workers’ Dignity, to serve a term that will expire on January 31, 2025. Michael Milliner, nominated by NAACP-Nashville, was also appointed.

Spencer was born a male but now identifies as a female, and prefers to be referred to by the pronouns she/they.

Spencer is an organizer at Worker’s Dignity, a group whose website says, “We believe people directly impacted by injustice, especially low-wage workers facing abuse by employers, BIPOC and working-class neighbors who live in under-resourced and over-policed neighborhoods, and immigrants facing increased ICE raids and detention, are ideally situated to have the knowledge and capacity to create sustaining and equitable change.”

Maxine Spencer is the More to Me Program Specialist at the Oasis Center and delivers positive youth development programming to high school age LGBTQ+ youth of color in Middle TN. Maxine also collaborates with local college GSA’s in the Middle TN College GSA Network. Through her position, Maxine provides a point of connection for young people, particularly LGBTQ+ youth of color to have access to different forms of health care. Maxine is a 2018 graduate of Vanderbilt University, where she received her BA in Philosophy. During her time at Vanderbilt, Maxine received training as a peer sex ed educator with Vandy Sex Ed, sang in the Vanderbilt Chorale, Symphonic and Concert Choirs, and founded an affinity group, BlackOut, which is a space for Black LGBTQ+ students to gather and support each other. During her time at Vanderbilt, Maxine developed a drive for activism that led her to become a part of Advocates for Youth where she is a member of the YouthResource program and Advocates for the Youth Activist Network. Maxine is proud to call Memphis her hometown and has a deep love appreciation for the city in her heart. She spends her time singing, playing video games, and reading to expand her imagination of what is truly possible to achieve in the world.

The New Leaders Council has been affiliated with the Center for American Progress, a far-Left think tank with connections to George Soros. The current president and CEO is Patrick Gaspard, who previously served as president at George Soros’ Open Society Foundations.

Our city has experienced rapid growth over the years but not all people have benefited. This kind of growth creates racial and economic inequities that negatively impact Nashville’s working-class communities.

Spencer served as the Grand Marshal of the 2021 Nashville Pride Parade. Spencer is also a member of the Black Nashville Assembly.

There are 11 members of the Community Oversight Board and their responsibilities are: